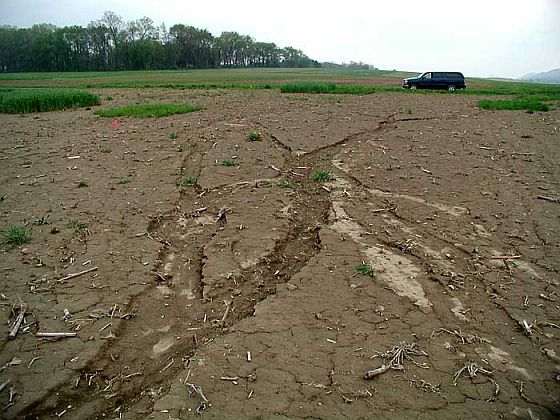 Time: It’s a strange notion, but some experts fear the world, at its current pace of consumption, is running out of useable topsoil. The World Economic Forum, in collaboration with TIME, talked to University of Sydney professor John Crawford on the seismic implications soil erosion and degradation may have in the decades to come.

Is soil really in danger of running out?

A rough calculation of current rates of soil degradation suggests we have about 60 years of topsoil left. Some 40% of soil used for agriculture around the world is classed as either degraded or seriously degraded – the latter means that 70% of the topsoil, the layer allowing plants to grow, is gone. Because of various farming methods that strip the soil of carbon and make it less robust as well as weaker in nutrients, soil is being lost at between 10 and 40 times the rate at which it can be naturally replenished. Even the well-maintained farming land in Europe, which may look idyllic, is being lost at unsustainable rates.

Why haven’t we heard more about this?

Probably because soil isn’t sexy. People don’t always think about how it’s connected with so many other things: health, the environment, security, climate, water. For example, agriculture accounts for 70% of our fresh water use: we pour most of our water straight onto the ground. If soil is not fit for purpose, that water will be wasted, because it washes right through degraded soil and past the root system. Given the enormous potential for conflict over water in the next 20-30 years, you don’t want to exacerbate things by continuing to damage the soil, which is exactly what’s happening now. [Continue reading…]

Another reason soil is something the average American doesn’t think about is because it has been degraded in language. We call it dirt and dirt is hard to value.