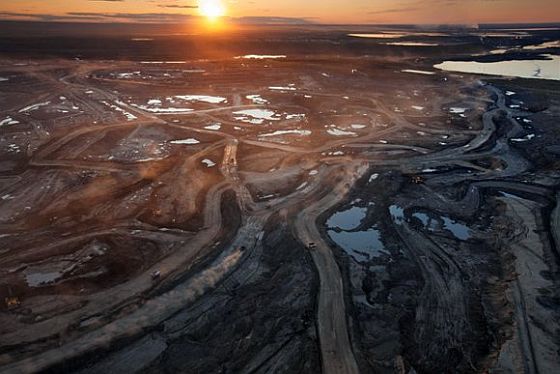 The xenophobic slogan — we must end our dependence on Middle East oil — popularized by American politicians throughout the last decade, will soon become a reality.

It was always obvious that this was a pathological mutation of the laudable goal, we must end our dependence on oil. But political operatives couldn’t resist hijacking that aspiration, injecting America’s post 9/11 fear of the Middle East and then tying that fear to the sacrosanct American way of life.

Thus we end up with the perverse contradiction of a president who in one breath acknowledges the threat posed by climate change, yet in the next champions the goal of “energy security” — a goal which will be accomplished during the most environmentally destructive chapter in America’s oil glutenous history.

The Guardian reports: Warnings that the world is headed for “peak oil” – when oil supplies decline after reaching the highest rates of extraction – appear “increasingly groundless”, BP’s chief executive said on Wednesday.

Bob Dudley’s remarks came as the company published a study predicting oil production will increase substantially, and that unconventional and high-carbon oil will make up all of the increase in global oil supply to the end of this decade, with the explosive growth of shale oil in the US behind much of the growth.

As a result, the oil and gas company forecasts that carbon dioxide emissions will rise by more than a quarter by 2030 – a disaster, according to scientists, because if the world is to avoid dangerous climate change then studies suggest emissions must peak in the next three years or so.

So-called unconventional oil – shale oil, tar sands and biofuels – are the most controversial forms of the fuel, because they are much more carbon-intensive than conventional oilfields. They require large amounts of energy and water, and have been associated with serious environmental damages.

While some new conventional oilfields are likely to come on stream before 2020, they will be balanced out by those being depleted.

BP predicts that by 2030, the US will be self-sufficient in energy, with only 1% coming from imports, the company’s analysts predict. That would be a remarkable turnaround for a country that as recently as 2005, before the shale gas boom, was one of the biggest global oil importers. [Continue reading…]