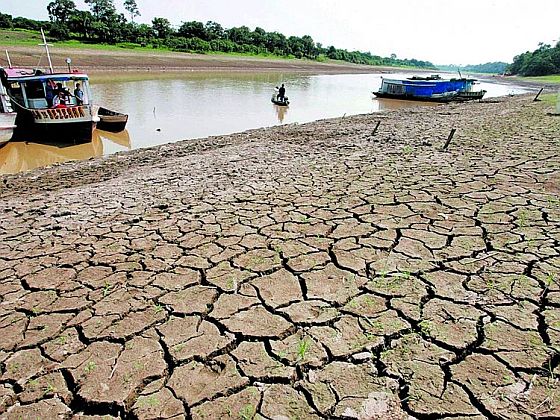 The Guardian reports: The US space agency Nasa warned last week that the Amazon rainforest may be showing the first signs of large-scale degradation due to climate change.

A team of scientists led by the agency found that an area twice the size of California continues to suffer from a mega-drought that began eight years ago.

The new study shows the severe dry spell in 2005 caused far wider damage than previously estimated and its impact persisted longer than expected until an even harsher drought in 2010.

With little time for the trees to recover between what the authors describe as a “double whammy”, 70m hectares of forest have been severely affected, the analysis of 10 years of satellite microwave radar data revealed.

The data showed a widespread change in the canopy due to the dieback of branches, especially among the older, larger trees that are most vulnerable because they provide the shelter for other vegetation.

“We had expected the forest canopy to bounce back after a year with a new flush of leaf growth, but the damage appeared to persist right up to the subsequent drought in 2010,” said study co-author Yadvinder Malhi of Oxford University.

The Amazon is experiencing a drought rate that is unprecedented in a century, said the agency.