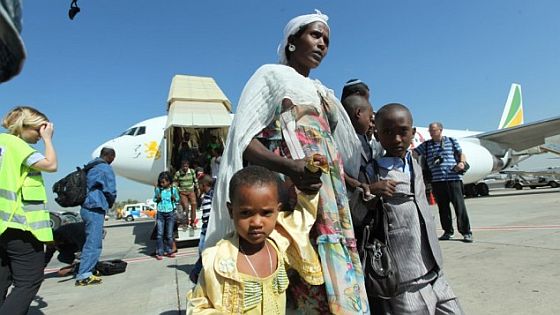 Haaretz reports: A government official has for the first time acknowledged the practice of injecting women of Ethiopian origin with the long-acting contraceptive Depo-Provera.

Health Ministry Director General Prof. Ron Gamzu has instructed the four health maintenance organizations to stop the practice as a matter of course.

The ministry and other state agencies had previously denied knowledge or responsibility for the practice, which was first reported five years ago.

Gamzu’s letter instructs all gynecologists in the HMOs “not to renew prescriptions for Depo-Provera for women of Ethiopian origin if for any reason there is concern that they might not understand the ramifications of the treatment.”

He also instructed physicians to avail themselves of translators if need be.

Gamzu’s letter came in response to a letter from Sharona Eliahu-Chai of the Association of Civil Rights in Israel, representing several women’s rights and Ethiopian immigrants’ groups. The letter demanded the injections cease immediately and that an investigation be launched into the practice.

On December 9, the Times of Israel reported: Ethiopian women who moved to Israel eight years ago claimed Israeli officials coerced them to receive injections of Depo-Provera, a long-acting birth control drug, as a prerequisite to immigration.

Speaking to reporters on an episode of Israel Educational Television’s investigative show “Vacuum” that aired on Saturday, several immigrants described the intense pressure placed on them to keep their families small. The women claimed Israeli representatives from the Joint Distribution Committee (JDC) and the Health Ministry told them that raising large families is especially difficult, that it is for hard people with many children to find work and support their families, and that many landlords would not be willing to rent apartments to large families.

Gal Gabbai, the show’s anchor, reported that in the past decade, approximately 50,000 Ethiopian Jews have immigrated to Israel. During that period, the birth rate among this community, which has traditionally favored very large families, has plummeted by nearly 50 percent.

Several women interviewed by Gabbai said that they were told at the transit camps in Ethiopia that they had to receive the shots if they wanted to immigrate to Israel and continue receiving medical treatment from the JDC. Furthermore, many of the women claimed they were never told that the shots were to prevent pregnancy. Rather, they were under the impression that the shots were vaccinations.

Some women reportedly refused to tell their husbands about the shots, fearing the men would be furious.

The report said many women continued to receive Depo-Provera after arriving in Israel, despite suffering such side effects as severe headaches and abdominal pains.

One woman who suffered from osteoporosis said she has been receiving shots for four years without ever being warned that Depo-Provera was dangerous to women in her condition.

Israeli authorities denied all of the allegations.

“In with the New Year, out with the Africans,” a video report by David Sheen showed one of the most recent and bluntest expressions of racism in Israel, as residents of South Tel Aviv demanded that the government round up, jail and deport all non-Jewish African asylum-seekers.

Apologists for the Jewish state might have responded in one or two ways: to argue that the demonstrators are marginal (even though the included a member of the Knesset), or that even if their actions are ill-conceived, these Israelis are driven by the desire to protect Israel’s Jewish identity.

What the government policy designed to limit the size of Israel’s Ethiopian population makes indisputable is that racism is institutionally based in the workings of the state.