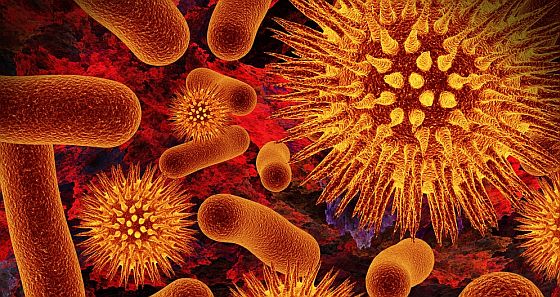 That might sound like a mangled version of the aphorism: you are what you eat — something surely worth remembering when industrially-produced toxins are now so pervasive they can be found in unborn babies.

What I am alluding to, however, is actually a question of self-identity as illuminated not by the external sources of our food but by our advancing understanding of the human microbiome.

The human body is made up of 10 trillion cells, while our gut hosts 100 trillion bacteria — microscopic organisms performing a vast array of functions far beyond their widely understood role in digestion. They don’t just break down food but also regulate the immune system, produce vitamins and hormones and even appear to affect the way our brain works. When our gut flora thrive, we thrive.

For that reason, one of the most promising recent advances in medicine has been in the use of fecal transplants — the transfer of gut flora from a healthy donor to someone with intestinal disease.

If that’s something you’d rather not visualize, it gets even worse. The most effective way of performing such a transplant is via a nasogastric tube. That’s right: down the nose and through the stomach to the top end of the small intestine.

Treatment of Clostridium difficile, an intestinal disease that kills 14,000 Americans annually, has had over a 90% success rate for patients given a fecal transplant, a procedure whose use was first documented in 1958.

The use of this treatment would likely already be far more commonplace and diverse in its application were it not for two reasons: Firstly, as a treatment that involves no drugs and makes less effective drug treatments redundant, the use of fecal transplants does not serve the interests of the pharmaceutical industry. Secondly, and perhaps just as importantly, the very idea of such a treatment is something that many people will find repulsive. It represents a kind of invasion and defilement of who and what we take ourselves to be. It involves an exchange of bodily fluids that transgresses most people’s notion of what might be desirable, amounting to the filthiest kind of intimacy one could imagine.

If, however, we set aside the taboos that condition our perceptions of the human body and think about this in a more abstract way, gut flora — whether they be native or transplanted — invite us to think about not just what contributes to good health but also what shapes who or what we are.

In as much as we are inclined to view the world as a complex of systems, we tend to view most systems as hierarchies. At the top sits the executive — God, president, CEO, general, brain — and below reside a multitude of individually expendable subordinates — person, citizen, worker, soldier, cell.

Identity becomes glued to the executive yet dissolves in the amorphous mass over which he (it is almost invariably he) rules.

Picture, for instance, the way in which a company like Apple, with over 70,000 employees, became synonymous with Steve Jobs. Or, the way American power is supposedly embodied in the individual of the president — so-called leader of the free world.

In the hierarchical conception of such systems, power extends from the top, downwards and outwards. In reality, power flows the opposite way. It flows up from the bottom, most of the time without question yet always with the possibility of suspension. The workers could walk out; the citizens could rebel. At such moments, the real structure of power becomes manifest.

So, consider again ones body and think of it as New York. It sounds like a fanciful song we might sing in our head where we can be number one, yet the actual city is not its landmarks — standing or fallen — or its skyline, or its shows, or words sung by Frank Sinatra. It is millions of people — a pulsating mass of organisms, moving through vessels underground, walking, driving, riding, endlessly scattering and aggregating in a process that cannot be reduced to any of its parts — a process which constitutes the life of a city, or if you will, the percolation of the gut flora of New York. A few New Yorkers might harbor the conceit that they keep the city running, but however they might aggrandize themselves, none turns out to be indispensable.

Still, as we each tell ourselves who we are, we locate meaning in a larger sphere. For instance, in our noblest moments we rise above our fears and show we have guts — but that expression, it turns out, is much more telling than we could have imagined.

What we take to be our own courage (or lack of it) may actually say less about the narrative construct we call character and more about our physical gut and the activity of trillions of bacteria such as Lactobacillus rhamnosus.

Mice fed a broth rich in this particular microorganism become more adventurous and show fewer signs of stress. The bacteria don’t just give them a healthier gut but also a healthier brain, an indication that who we are is intimately shaped by what lives inside our body. Such findings also suggest that the enteric nervous system, our “second brain,” may have as much influence over our behavior as does the stuff up top.

Given that the human microbiome is at this point a vast yet mostly uncharted territory, the fact that this is territory in which medicine — through the use of antibiotics — has engaged in open warfare for much of the last century, is all the more reason to think about our nature. In a rampage to kill our enemies we have also been destroying our selves.