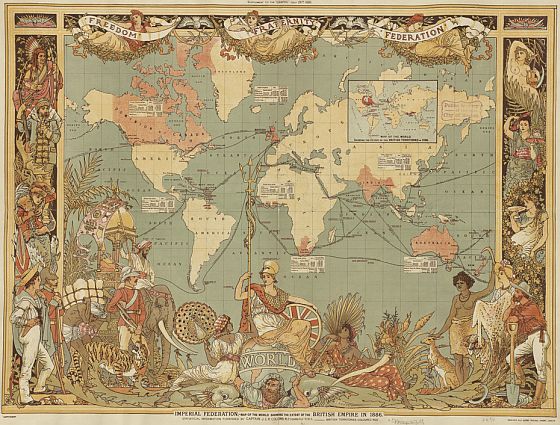 Tristram Hunt writes: ‘It’s almost comical. The idea of maps is to represent reality; here it represents fantasy.” So Professor Bruce Wexler of Yale University comments on how the vast majority of maps in Palestinian and Israeli schoolbooks omit the existence of the other entity. As a result, children on either side of the Green Line are growing up with “an internal representation of their homeland, in which one does not include the other”.

But since when have maps been about objective representation of space? They are about the expression and fulfilment of power. From the age of Ptolemy, all those lofty claims to comprehensiveness have usually succumbed to the promotion of political agendas. As the cartography scholar Jerry Brotton rightly remarks: “A map always manages the reality it tries to show.”

Nowhere more so than with the British empire. For in Israel/Palestine, just as in Kashmir and Sudan, postcolonial nations are still wrestling with imperialism’s mixed legacy and its arbitrary lines in the sand. As the colonial unravelling continues, and as rising powers seek to exert their own dominion, the historic confusions of British map-making are fostering all manner of geopolitical tensions.

From the outset, cartography and colonialism went hand in hand. The assertion of political control over supposed terra incognita was most effectively realised by drawing up plans and plots. Maps allowed for the expropriation of existing land rights (since indigenous communities often lacked accurate measuring instruments) and an explanation of a colony’s significance.

Take Bryan Edwards’s mid-18th century Map of the Island of Barbadoes, with its delineation of the Caribbean landscape into Anglican parishes and sugar plantations. What mattered was Barbados’s role in the imperial project, rather than any realistic representation of its geography or population.

Or perhaps the most famous propagation of British colonial power, John Colomb’s 1886 map, Imperial Federation. It placed Britain centre stage, coloured our colonies a distinctive red, inflated the land mass of Canada, left swaths of unconquered terrain simply blank, and at its base posited a serene Britannia surrounded by icons of her Indian, Australian, and African colonies. [Continue reading…]