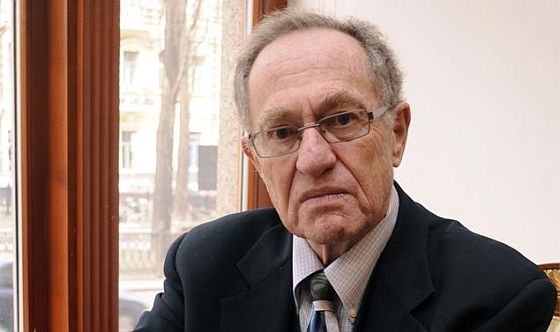 An editorial in the New York Times says: One dispiriting lesson from Chuck Hagel’s nomination for defense secretary is the extent to which the political space for discussing Israel forthrightly is shrinking. Republicans focused on Israel more than anything during his confirmation hearing, but they weren’t seeking to understand his views. All they cared about was bullying him into a rigid position on Israel policy. Enforcing that kind of orthodoxy is not in either America’s or Israel’s interest.

Brooklyn College is facing a similar trial for scheduling an event on Thursday night with two speakers who support an international boycott to force Israel to end its occupation of the Palestinian territories. While this page has criticized Israeli settlements, we do not advocate a boycott. We do, however, strongly defend the decision by the college’s president, Karen Gould, to proceed with the event, despite withering criticism by opponents and threats by at least 10 City Council members to cut financing for the college. Such intimidation chills debate and makes a mockery of the ideals of academic freedom.

Mr. Hagel, a former Republican senator, has repeatedly declared support for Israel and cited 12 years of pro-Israel votes in the Senate. But that didn’t matter to his opponents, who attacked him as insufficiently pro-Israel and refused to accept any deviation on any vote. Mr. Hagel was even forced to defend past expressions of concern for Palestinian victims of the Israeli-Palestinian conflict.

In the Brooklyn College case, critics have used heated language to denigrate the speakers, Omar Barghouti and Judith Butler, a philosopher at the University of California, Berkeley, leaders of a movement called B.D.S., for Boycott, Divestment and Sanctions, that espouses “nonviolent punitive measures” to pressure Israel. Alan Dershowitz, a Brooklyn College graduate and Harvard law professor, has complained that the event is unbalanced and should not be co-sponsored by the college’s political science department. On Monday, Ms. Gould said other events offering alternative views are planned.

The sad truth is that there is more honest discussion about American-Israeli policy in Israel than in this country. Too often in the United States, supporting Israel has come to mean meeting narrow ideological litmus tests. J Street, a liberal pro-Israel group that was formed as a counterpoint to conservative groups like the American Israel Public Affairs Committee, has argued for vibrant debate and said “criticism of Israeli policy does not threaten the health of the state of Israel.” In fact, it is essential.

Belen Fernandez writes: It comes as little surprise that Harvard Law School professor Alan Dershowitz, Brooklyn College alumnus and raving apologist for Israeli crimes, has appointed himself commanding general in the assault on the college’s Political Science department for co-sponsoring a February 7 panel discussion on the Boycott, Divestment and Sanctions (BDS) movement.

As the BDS website notes, the non-violent movement was launched by sectors of Palestinian civil society as a means of pressuring Israel “until it complies with international law and Palestinian rights”. BDS co-founder Omar Barghouti and philosopher Judith Butler are scheduled presenters.

Among the opening salvoes of Dershowitz’s war was a January 30 Huffington Post article entitled “Brooklyn College Political Science Department’s Israel Problem“, in which his familiarity with the subject matter was underscored by his use of an incorrect acronym for the BDS movement – DBS – no less than 12 times. The error has since been rectified; the article’s more profound defects have not.

In the introductory paragraph, Dershowitz rails against “[t]he international campaign to delegitimate Israel by subjecting the Jewish state – and the Jewish State alone – to divestment, boycotts and sanctions”. No attention is paid to the possibility that Israel’s singling out in this case is perhaps a result of the fact that most other states in this world are not presently engaged in anachronistic colonial exploits, ethnic cleansing and apartheid. [Continue reading…]