Journalists tend to be circumspect in telling stories where the facts are still emerging, but as a blogger I don’t suffer the same constraints. Enough information about the Zygier affair appears already sufficiently well-established to construct a strong narrative unlikely to be upturned even as new facts emerge.

Although in earlier attempts to do this I’ve focused on a possible Dubai connection, I now believe that Zygier was probably not a member of the Mossad team that assassinated Hamas commander Mohammed Mabhouh in Dubai on January 19, 2010. Zygier’s connection to that killing consisted most likely in the information he possessed about Mossad’s illegal use of foreign passports. 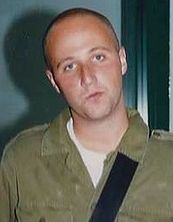 Multiple sources indicate that Ben Zygier was not cut out to be a spy:

Haaretz has learned that Zygier told at least two of his friends in Australia that he had been recruited by the Mossad.

An Israeli official familiar with the affair said Zygier had boasted on several occasions to friends and strangers about working for the Mossad. One of those occasions was when Zygier visited Australia in 2009. “He talked too much,” the source said.

So why would someone like this be recruited to Mossad in the first place? One would expect that its background checks would be among the most stringent.

Perhaps it was because he was viewed more than anything else as a useful source of foreign passports — a commodity of greater value to Mossad than any other intelligence agency.

But wasn’t the means by which Zygier obtained passports — taking advantage of Australia’s liberal policy which allows their citizens to change their name once a year — very likely to backfire?

This brazen operation through which Zygier obtained multiple Australian passports might have seemed easy to justify both in his mind and in the minds of his Mossad supervisors. No laws were being broken to obtain the passports and as the son of Geoffrey Zygier — a prominent member of Australia’s Jewish community — Zygier probably enjoyed a certain sense of impunity. The Israelis may have felt that if Zygier came under suspicion, the Australians could be persuaded to back off since in Australia, just as in the U.S., officials and politicians are always reluctant to provoke the ire of their own domestic Israel lobby.

If this was the calculation it was clearly a gross miscalculation.

Once the Australian Security Intelligence Organisation (ASIO) were on to Zygier and had well-founded suspicions about what he had been doing, their primary goal would have been to make it clear to Mossad that Australia would not tolerate the continued illegal use of its passports by Mossad agents. Such use not only places ordinary Australians in jeopardy but also Australia’s own intelligence operatives who, unlike Mossad agents, don’t need foreign passports to travel — that is, they didn’t until Mossad succeeded in turning an Australian passport into an object of suspicion.

(I imagine that inside Mossad, the prevailing attitude is that the use of foreign passports is simply a matter of necessity for an intelligence agency protecting a country whose citizens have pariah status across the region. “We have no choice,” as Shimon Peres would say.)

So, in 2009, Zygier found himself being squeezed by two intelligence agencies: one eager for him to speak; the other insisting that he remain silent.

The tipping point came within days of the Mabhouh assassination as the faces of Mossad agents appeared on news reports around the world and their use of foreign passports, including Australian ones, became public knowledge.

In February 2010, The Age revealed that for at least six months prior to the Dubai killing, ASIO had been investigating at least three dual Australian-Israeli citizens who were suspected of using Australian cover to spy for Israel. We now know that one of the suspects was Zygier.

Prior to Dubai, the Australians might have been content to use their knowledge of what Zygier and the other dual citizens were doing simply to force Mossad to cut it out. They just wanted the Israelis to stop using Australian passports. After all, ASIO is an intelligence, not a law enforcement agency.

In late 2009, the Australians pumped up the pressure by feeding the former Fairfax correspondent Jason Koutsoukis with information about the case so that he could challenge Zygier directly about his involvement in Mossad.

After the Dubai assassination, Australia’s acting ambassador in Tel Aviv, Nicoli Maning-Campbell, conveyed her government’s concerns to officials in Israel and within days, Israel faced diplomatic blowback as Australia abstained in a U.N. vote calling for a war crimes investigation of Israel’s assault on Gaza in 2009.

If for several months Mossad had felt they could rely on Zygier’s silence, time ran out in February 2010 and they concluded their only recourse would be to throw him in jail. Given the timing, it looks like he was being incarcerated not because of what he had done but because of what Mossad feared he might reveal about the inner workings of their passport abuse program.

Avigdor Feldman, an attorney who was hired by Zygier’s family to advise him on making a plea bargain, says that shortly before his death in December 2010, the detainee had been warned that “he could very likely expect to be sentenced to an extremely lengthy prison term and to be shunned by his family,” yet Zygier maintained his innocence.

Mossad couldn’t rely on Zygier’s silence outside jail and then found he was likely to speak out while under trial. At this point the man eager to prove his innocence, supposedly killed himself. Dead men don’t talk.

1 thought on “The Zygier Affair: how spies and fools work hand-in-hand”