When online communication first took shape, it often involved exchanges between individuals who had professional reasons to want to conceal their identities. Software engineers, who tend to be libertarian by nature, wanted to be able to engage in freewheeling discussions with like-minded cyber-adventurers without being constrained too much by overbearing managers or corporate dictates. Free speech and anonymity seemed to dovetail together.

But when the use of anonymity or fictitious identities is regarded as a right, all too often this ends up turning into a license for irresponsibility. The liberating effect of not having to be held accountable for ones own communication, breeds a fake boldness: the willingness to say things one would otherwise not dare say; the courage to “speak out” on the condition that one can do so while remaining in hiding.

The New York Times reports: There is a saying about academia that the disputes are so vicious because the stakes are so low. In the case of Raphael Haim Golb, a son of a Dead Sea Scrolls scholar, the last few years have provided ample support for the first half of the saying. But the second half is less accurate. 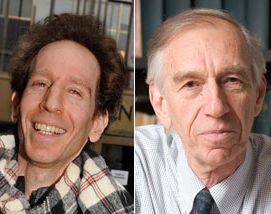 In his cluttered fifth-floor walk-up apartment in Greenwich Village, Mr. Golb, 53, is waiting to begin serving a six-month sentence for waging an Internet campaign against his father’s academic rivals, including sending e-mails under a rival professor’s name. The younger Mr. Golb, who has a Ph.D. from Harvard and a law degree from New York University, is six feet tall, 120 pounds; digressive, tightly wound, bookish; a gadfly, an irritant, an obsessive. If you saw him on the street, you might worry about his safety.

Between 2006 and 2009, he created more than 80 online aliases to advance his father’s views about the Dead Sea Scrolls against what he saw as a concerted effort to exclude them. Along the way, according to a jury and a panel of appellate court judges, he crossed from engaging in academic debate to committing a crime.

What he accomplished through this manner of intellectual warfare is, like the Dead Sea Scrolls themselves, a topic on which opinion is passionately diverse, with no shortage of bad blood.

“This has nothing to do with scholarly debate,” said Lawrence H. Schiffman, vice provost of Yeshiva University and a widely published authority on the Dead Sea Scrolls, who became the prime target of Mr. Golb’s online activities. “It has to do with criminal activity.

“Fraud, impersonation and harassment are criminal matters,” he continued. “This was actually designed to literally end my career.” [Continue reading…]