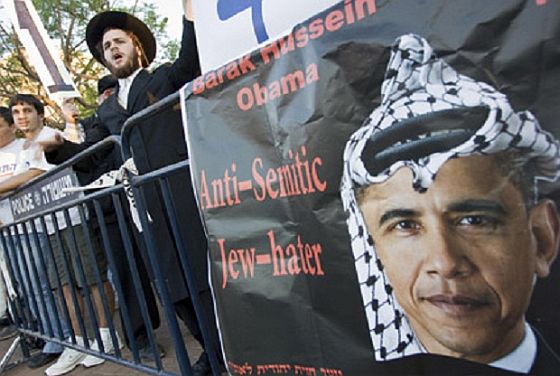 Gideon Levy writes: Barack Obama has decided to punish the Israelis: He is talking to them as if they were ignoramuses. The U.S. president has also decided to punish himself: He is betraying his principles, those that have won him international acclaim and the Nobel Peace Prize.

There’s no other way to understand what he said in his interview with Channel 2 on the eve of his visit here. The flattery he heaped on Israel’s leader considerably exceeded diplomatic protocol and even phony American manners. His denial of his values deviated even from the opportunism one might expect from a politician. Obama said he wants to “connect to the Israeli people.” This he actually did well; he told Israelis what they wanted to hear.

But from Obama we could have expected a lot more. When Obama said he admires Israel’s “core values,” which values was he talking about? The dehumanization of the Palestinians? The attitude toward African migrants? The arrogance, racism and nationalism? Is this what he admires? Don’t separate buses for Palestinians remind him of something? Doesn’t two communities living on the same land, one with full rights and the other with no rights, “ring a bell,” as they say in America?

To admire “core values” while knowing we’re talking about one of the most racist countries there is, with a separation wall and apartheid-like policies, means betraying the core values of the American civil rights movement that made the Obama miracle possible. Too bad he can’t fulfill his fantasy of wearing a fake mustache and wandering around to have conversations with Israelis; he would hear how they talk about blacks like him. Too bad he can’t sit in a cafe and “just hang out,” as he’d like. He’d hear which “core values” really move Israelis.

Obama wants to lower expectations of his visit. Well, they can’t get any lower. [Continue reading…]

4 thoughts on “Has Obama forgotten everything?”