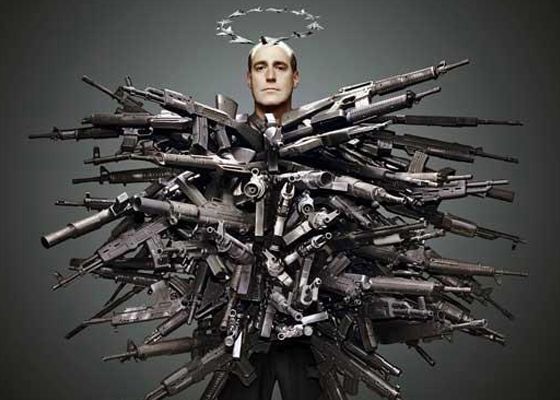 Most Americans don’t own a gun, so if gun ownership is fundamental to the American way of life, does that mean most people living in America aren’t real Americans?

James Werrell writes: You’d think, reading news reports about people rushing out to buy assault rifles and stock up on ammo, that gun ownership is on the rise. But according to at least one survey, just the opposite is true.

If the survey is accurate – and the National Rifle Association is skeptical – it offers a fascinating contrast between reality and perception. Instead of a citizen militia busily stockpiling firearms, we may be a nation in which a large majority of people don’t have a single gun in the house.

According to data from the General Social Survey, a public opinion survey conducted every two years by a research center at the University of Chicago, the household gun ownership rate has fallen from an average of 50 percent in the 1970s to 49 percent in the 1980s, 43 percent in the 1990s and 35 percent in the 2000s. Consider that, only about a third of U.S. households have guns.

And, equally surprisingly, the decline has occurred across the board. The rate has dropped in big cities and small towns, suburbs and rural areas, and in all regions of the country – including the gun-loving South and West.

Those who doubt the validity of the survey point to anecdotal evidence of increased gun sales, a rise in the number of background checks and long waits for gun-safety classes. But the researchers who conducted the survey have an answer for that: The people buying guns are the people who already have guns.

That category could include everyone from collectors to survivalists. Apparently, though, most Americans aren’t interested in assembling an arsenal in their homes. [Continue reading…]