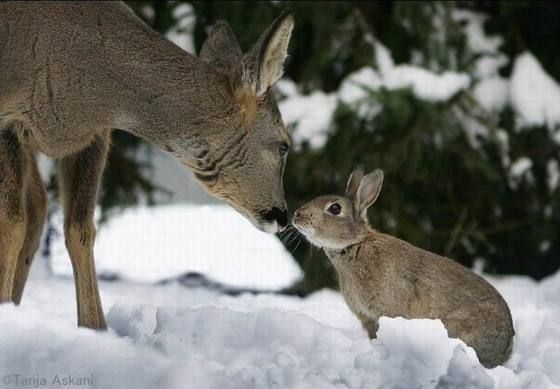 In a survey of the expanding understanding of non-human consciousness, John Jeremiah Sullivan concludes: If we put aside the self-awareness standard — and really, how arbitrary and arrogant is that, to take the attribute of consciousness we happen to possess over all creatures and set it atop the hierarchy, proclaiming it the very definition of consciousness (Georg Christoph Lichtenberg wrote something wise in his notebooks, to the effect of: only a man can draw a self-portrait, but only a man wants to) — it becomes possible to say at least the following: the overwhelming tendency of all this scientific work, of its results, has been toward more consciousness. More species having it, and species having more of it than assumed. This was made boldly clear when the “Cambridge Declaration on Consciousness” pointed out that those “neurological substrates” necessary for consciousness (whatever “consciousness” is) belong to “all mammals and birds, and many other creatures, including octopuses.” The animal kingdom is symphonic with mental activity, and of its millions of wavelengths, we’re born able to understand the minutest sliver. The least we can do is have a proper respect for our ignorance.

The philosopher Thomas Nagel wrote an essay in 1974 titled, “What Is It Like To Be a Bat?”, in which he put forward perhaps the least overweening, most useful definition of “animal consciousness” ever written, one that channels Spinoza’s phrase about “that nature belonging to him wherein he has his being.” Animal consciousness occurs, Nagel wrote, when “there is something that it is to be that organism — something it is like for the organism.” The strangeness of his syntax carries the genuine texture of the problem. We’ll probably never be able to step far enough outside of our species-reality to say much about what is going on with them, beyond saying how like or unlike us they are. Many things are conscious on the earth, and we are one, and our consciousness feels like this; one of the things it causes us to do is doubt the existence of the consciousness of the other millions of species. But it also allows us to imagine a time when we might stop doing that.

In Michel de Montaigne’s excellent passage on animal minds in the “Apology for Raymond Sebond”, in which he writes about playing with his cat and wonders who is playing with whom, there is a funny and deceptively profound final sentence: “We divert each other with monkey tricks,” he writes. Meaning he and the cat. Both human being and cat are compared with a third animal. They are monkeys to each other, strange animals to each other. (The man is all but literally a monkey to the cat.) All three creatures involved in Montaigne’s metaphor are revealed as points on a continuum, and none of them understands the others very well. This is what the study of animal consciousness can teach us, finally — that we possess an animal consciousness.

To ask whether animals have consciousness is often turned into a question about if and how they think.

That creatures as small as a fruit fly do indeed exhibit evidence of sophisticated cognitive processes is intriguing, but the question that engages philosophers and scientists less than what the brains of other creatures compute is the seemingly imponderable question of what they feel.

The experience of feeling — whether it is ones own feelings or the feelings of others — is the preeminent concern of humans in general when it comes to the question of consciousness.

Consider this imaginary scenario: You are about to undergo surgery and the anesthesiologist tells you that with newly approved drugs it is no longer necessary to be fully anesthetized and you have a choice of drugs.

One drug blocks feelings. Your body will become numb. You will feel neither pain nor fear but you will be able to talk to the surgeon and understand what she is telling you as the procedure progresses.

An alternative drug paralyses the body and blocks discursive thought but you will feel everything. You will feel pain and most likely terror but none of these feelings will provoke thoughts and neither within your mind nor through speech will you be able to articulate anything. Because your cognitive processes have been shut down in this way, once the drug has worn off you will have no decipherable memory of what occurred.

That’s not much of a choice since the preeminent concern of just about anyone receiving surgery is that during the procedure they will feel nothing.

I’m calling this an imaginary scenario, but the chances are that a lot of people who have faced surgery will have entertained this very idea: what if the effect of the anesthetic is merely that it causes paralysis and that you end up feeling everything?

That possibility isn’t just the product of fearful imagination; it’s a reality and it has a name: “anesthesia awareness” — something that an estimated one or two per thousand patients experience every year in the United States. And while it’s an issue that understandably concerns patients and doctors, it points to an underlying fact about the nature of consciousness.

What matters is what we feel. Our ability to reflect on our feelings, to have memories, engage in analysis, and even the experience of self-identity — all of this is secondary to the primary experience of feeling.

Needless to say, life demands that we cultivate the ability to marginalize our own feelings, to recognize their transience, understand they can be misleading, and to cultivate the ability to endure unpleasant feelings. Yet none of this negates the fact that life as it is felt, almost always trumps thought — the stuff which in many ways and much of the time is little more than the effervescence of consciousness.

What do non-human animals feel?

Our capacity to experience empathy is not the ability to engage in emotional conjecture. We do not posit the feelings of others and on that basis draw logical conclusions about their nature. To have empathy is to recognize the feelings of others directly. It is a kind of sixth sense. Moreover, as every pet owner can attest, this feeling-attunement is a faculty not limited to humans. Indeed, it seems possible that human beings with their cognitively cluttered consciousness, may have a tendency to often become empathically impaired. Ideation crowds out sensation.

If they had the thoughts to articulate what they daily observe, the question might be reversed as animals asked of us: are you really conscious? Could a creature that causes so much harm to its fellows and to the environment on which all life depends truly be more conscious than all others, or is it, as all the evidence suggests, mired in a collective and highly destructive state of unconsciousness?

4 thoughts on “The strangeness of other creatures”