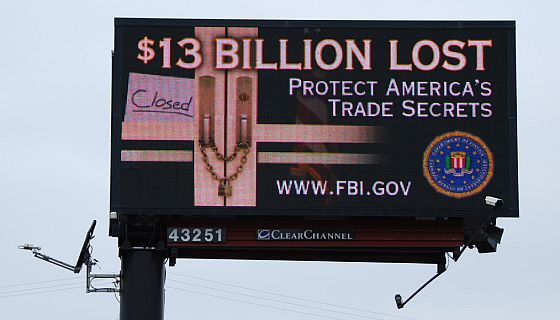 The Washington Post reports: Measured in millimeters, the tiny device was designed to allow drones, missiles and rockets to hit targets without satellite guidance. An advanced version was being developed secretly for the U.S. military by a small company and L-3 Communications, a major defense contractor.

On Monday, Sixing Liu, a Chinese citizen who worked at L-3’s space and navigation division, was sentenced in federal court here to five years and 10 months for taking thousands of files about the device, called a disk resonator gyroscope, and other defense systems to China in violation of a U.S. arms embargo.

The case illustrates what the FBI calls a growing “insider threat” that hasn’t drawn as much attention as Chinese cyber operations. But U.S. authorities warned that this type of espionage can be just as damaging to national security and American business.

“The reason this technology is on the State Department munitions list, and controlled . . . is it can navigate, control and position missiles, aircraft, drones, bombs, lasers and targets very accurately,” said David Smukowski, president of Sensors in Motion, the small company in Bellvue, Wash., developing the technology with L-3. “While it saves lives, it can also be very strategic. It is rocket science.”

Smukowski estimated that the loss of this tiny piece of technology alone could ultimately cost the U.S. military hundreds of millions of dollars. [Continue reading…]