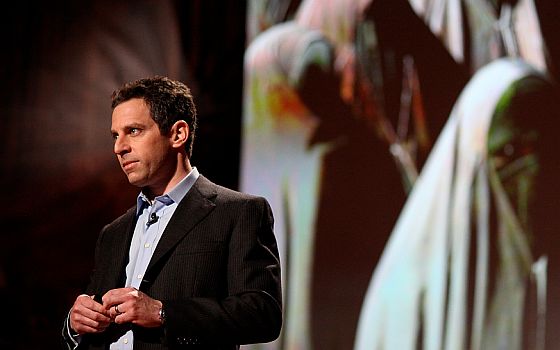 “There is no such thing as ‘Islamophobia.’ This is a term of propaganda designed to protect Islam from the forces of secularism by conflating all criticism of it with racism and xenophobia.” — Sam Harris in an email exchange with Glenn Greenwald.

To establish whether there is indeed no such thing as Islamophobia, we’ll need a reasonably uncontroversial definition of the term.

The etymology is transparent and so a literal interpretation seems sufficient, which is to say, Islamophobia is an irrational fear of Islam.

Those who say that there is such a thing as Islamophobia would also say that the fear of Islam which it embodies also often expresses itself as hatred of Islam. Indeed, Harris himself is quite explicit in expressing hatred for Islamic doctrine. His concern, apparently, is that his hatred of Islam should not be confused for a hatred of Muslims:

Needless to say, there are people who hate Arabs, Somalis, and other immigrants from predominantly Muslim societies for racist reasons. But if you can’t distinguish that sort of blind bigotry from a hatred and concern for dangerous, divisive, and irrational ideas — like a belief in martyrdom, or a notion of male “honor” that entails the virtual enslavement of women and girls — you are doing real harm to our public conversation. Everything I have ever said about Islam refers to the content and consequences of its doctrine.

Presumably, when Harris says there is no such thing as Islamophobia, he is not denying that some people hate Islam — he is denying that this hatred is irrational.

For those of us who think that there really is such a thing as Islamophobia, Pastor Terry Jones serves as a classic example of its expression. Like Sam Harris, Jones claims he hates Islam but bears no animosity towards Muslims — both employ the popular evangelical gambit: hate the sin, love the sinner.

Here’s Jones’ latest message pressing a common theme among those accused of being Islamophobic: their fear that Muslims are taking over America.

This sounds like Islamophobia to me, but maybe I’m not as rational as Harris.

But how rational is he? In what he presents as a rational approach to airport security, he says: “We should profile Muslims, or anyone who looks like he or she could conceivably be Muslim”.

Dr. Ferhan Asghar at a Muslim center in West Chester, Ohio, with his wife, Pakeeza, and daughters Zara, left, and Emaan.

If, in accordance with Harris’ recommendation, TSA officers want to start profiling Muslims, it’s easy to see which of the above individuals will face closer scrutiny: the ones who “look like Muslims.” And the result will be no less absurd than searches conducted on eighty-year-old grandmothers.

Profiling doesn’t have to be racist (though it most often is) — it’s just plain stupid. How does a screening process get streamlined and made more efficient by narrowing the range of suspects to 1.5 billion individuals?

“Imagine how fatuous it would be to fight a war against the IRA and yet refuse to profile the Irish? And yet this is how we seem to be fighting our war against Islamic terrorism.”

And what do “the Irish” look like Mr Rationality? Plenty of the IRA’s members were British citizens and plenty of their supporters were Americans.

Which brings me to what bugs me most about Harris: he postures with the gravitas of a learned intellectual and yet when you strip away the über-rational styling, he can at times sound about as smart as Terry Jones.