Mark Mazzetti writes: Nek Muhammad knew he was being followed. 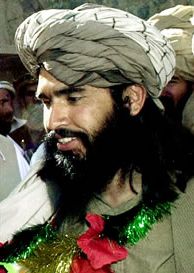 On a hot day in June 2004, the Pashtun tribesman was lounging inside a mud compound in South Waziristan, speaking by satellite phone to one of the many reporters who regularly interviewed him on how he had fought and humbled Pakistan’s army in the country’s western mountains. He asked one of his followers about the strange, metallic bird hovering above him.

Less than 24 hours later, a missile tore through the compound, severing Mr. Muhammad’s left leg and killing him and several others, including two boys, ages 10 and 16. A Pakistani military spokesman was quick to claim responsibility for the attack, saying that Pakistani forces had fired at the compound.

That was a lie.

Mr. Muhammad and his followers had been killed by the C.I.A., the first time it had deployed a Predator drone in Pakistan to carry out a “targeted killing.” The target was not a top operative of Al Qaeda, but a Pakistani ally of the Taliban who led a tribal rebellion and was marked by Pakistan as an enemy of the state. In a secret deal, the C.I.A. had agreed to kill him in exchange for access to airspace it had long sought so it could use drones to hunt down its own enemies.

That back-room bargain, described in detail for the first time in interviews with more than a dozen officials in Pakistan and the United States, is critical to understanding the origins of a covert drone war that began under the Bush administration, was embraced and expanded by President Obama, and is now the subject of fierce debate. The deal, a month after a blistering internal report about abuses in the C.I.A.’s network of secret prisons, paved the way for the C.I.A. to change its focus from capturing terrorists to killing them, and helped transform an agency that began as a cold war espionage service into a paramilitary organization.

The C.I.A. has since conducted hundreds of drone strikes in Pakistan that have killed thousands of people, Pakistanis and Arabs, militants and civilians alike. While it was not the first country where the United States used drones, it became the laboratory for the targeted killing operations that have come to define a new American way of fighting, blurring the line between soldiers and spies and short-circuiting the normal mechanisms by which the United States as a nation goes to war.

Neither American nor Pakistani officials have ever publicly acknowledged what really happened to Mr. Muhammad — details of the strike that killed him, along with those of other secret strikes, are still hidden in classified government databases. But in recent months, calls for transparency from members of Congress and critics on both the right and left have put pressure on Mr. Obama and his new C.I.A. director, John O. Brennan, to offer a fuller explanation of the goals and operation of the drone program, and of the agency’s role.

Mr. Brennan, who began his career at the C.I.A. and over the past four years oversaw an escalation of drone strikes from his office at the White House, has signaled that he hopes to return the agency to its traditional role of intelligence collection and analysis. But with a generation of C.I.A. officers now fully engaged in a new mission, it is an effort that could take years.

Today, even some of the people who were present at the creation of the drone program think the agency should have long given up targeted killings. [Continue reading…]