Aside from the names themselves, Tamerlan Tsarnaev, aged 26 and now dead, and Dzhokhar Tsarnaev, aged 19 and at this time on the run, the other detail about the brothers linked to the bombings that will receive greatest attention in the media today is their connection to Chechnya. USA Today already has a headline: “Russia’s Chechnya, Caucasus: A breeding ground for terror“. 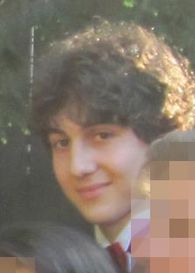 What will probably be glossed over is the fact that the Tsarnaevs have lived in the U.S. for the last ten years. Dzhokhar, the one who has yet to be apprehended has been here since the age of nine and probably looks, acts and sounds just as American as any born-American citizen.

More significantly perhaps than their Chechen origin could be that these are two young men whose identities will inevitably have been shaped by the post-9/11 zeitgeist and the gulf this has created between Americanness and foreignness.

Alienation is no excuse for terrorism, but every American should pause to consider what it means for those who grow up in this country yet in multiple ways receive the message that they don’t belong here.

As has been the case throughout the last decade, the greatest threat to America is not terrorism; it is xenophobia. This is the virus of suspicion that makes a foreign name and a slightly darker complexion, reason to trust someone less and for no other reason than that they are not white.

Update 1: J.M. Berger, a regular contributor to Foreign Policy and someone widely viewed as a level-headed “terrorism expert”, tweets:

So all I, and it seems anyone else, knows for sure right now is that these guys are Chechens.

Chechen identity must be baked in at birth. The first nine years of Dzhokhar Tsarnaev’s life in Russia must have influenced him much more deeply than the following ten in the United States. Likewise, his older brother’s apparent interest in jihadist teachings again speaks most loudly of his Chechen roots. Or perhaps not.

The search for identity and the need for roots often becomes most intense among those who feel rootless. It seems less likely that as children the Tsarnaev brothers brought their extremism from Chechnya than that their experience of living in America led them in search of something they either couldn’t find here or felt excluded from here.

Update 2: From this report, it sounds like if alienation figures in this story, it may apply much more to the older than the younger brother. Dzhokhar’s involvement might hinge on nothing more than sibling dynamics in which the older brother cultivates the admiration and loyalty of his younger brother and the younger tries to impress the older by his willingness to take risks.

Update 3: On a day when so-called experts will be circulating round news shows describing Chechnya as a hotbed of Islamic extremism, I’m sure this will be making Vladamir Putin happy. Easily forgotten is that before 9/11 Chechnya was synonymous with Russian brutality.

In 2000, U.S. Secretary of State Madeleine Albright at the UN said:

We cannot ignore the fact that thousands of Chechen civilians have died and more than 200,000 have been driven from their homes. Together with other delegations, we have expressed our alarm at the persistent, credible reports of human rights violations by Russian forces in Chechnya, including extrajudicial killings.

That was before the U.S. government itself adopted the practice of extrajudicial killing through drone warfare.

4 thoughts on “Both Boston Marathon bombers lived in the U.S. from childhood”