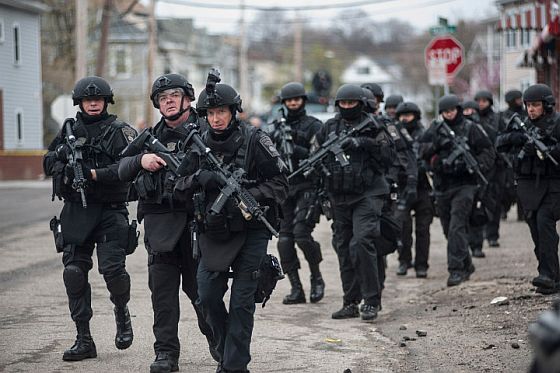 Police state -- on the way or already here?

In the aftermath of 9/11, there were many political leaders and commentators who said that the attacks should serve as a warning that terrorists had the potential to cause even greater harm — in the most alarmist scenarios through the use of nuclear weapons.

All the evidence over the last decade suggests however that as the American inclination to overreact to terrorism has amplified, terrorists are being offered greater opportunities to maximize their political influence with the use of progressively less force. An event smaller than 9/11 could now have even more catastrophic consequences.

If two men could kill three people and shut down a major city, what would happen if eight men killed twelve people? Imagine if a Boston-type bombing was to happen in New York, Chicago, Dallas, and Los Angeles all on the same day.

America would shut down. Even if only briefly, martial law of some type would likely be imposed in most major cities. At least that’s the risk of a massive overreaction to what would objectively have been a series of minor acts of terrorism.

And if that’s the risk of what might be triggered by twelve deaths, then attacks that resulted in the deaths of two or three hundred Americans would pose a very real threat to democracy. The hysterical screams about the urgency of making America safe by all means necessary would drown out every voice of reason.

For those who are willing to pay attention, there’s a kind of Taoist principle that can be extracted from these observations:

The real threat does not come from terrorism; it comes from those shouting “terrorism!”