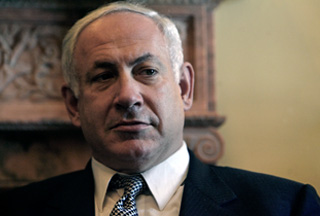 Asked by The Jerusalem Post about Hawking’s boycott at a press briefing, Netanyahu said, “He should investigate the truth, he is a scientist. He should study the facts and draw the necessary conclusions: Israel is an island of reason, moderation and a desire for peace.”

One official in the prime minister’s entourage went even further, comparing Hawking to Shakespeare and Voltaire, both of whom held anti-Semitic sentiments.

“History shows that there are people who are no less great than Hawking who believed things about Jews that it was impossible to imagine they actually believed,” he said. “I am talking about Voltaire, or Shakespeare. How do you explain that someone with the encyclopedic knowledge of Voltaire believed what he did about the Jews. How can you explain it? But it is a fact.”

Apparently, the official continued, “intelligence and achievements are no guarantee for understanding the truth about the Jews or their state.

What was true regarding Jews for generations, is now true about the state of the Jews.”

Let’s first consider Netanyahu’s own powers of reasoning and, for the sake of argument, take at face value his claim that there is “no state that yearns for peace more than Israel.”

Indeed, no state could yearn for peace more than one that throughout its history has never lived in peace. Likewise, a drunk can passionately wish he was sober.

But those who judge Israel negatively generally base their judgements on the Jewish state’s actions — not the peace-loving statements of its leaders. Judge us by what we do, not what we say — what could be more eminently reasonable, Mr Netanyahu?

As for Netanyahu’s nameless sidekick who predictably pulled out the antisemite card, how would he explain the fact that Hawking had initially accepted the invitation to attend the Peres conference? Did Hawking have a momentary lapse, initially forgetting he was an antisemite and only to later remember why he would hate visiting Israel?

What both Netanyahu and the official exhibit is a tendency common among Zionists: a fixation on personal identity — which is nothing more than a smokescreen used to avoid honest debate about Israel’s behavior. Judge us by who we are, not what we do, is the way they would have it. But that’s not the way the rest of the world works and not even the survivors of the Holocaust get a free pass.