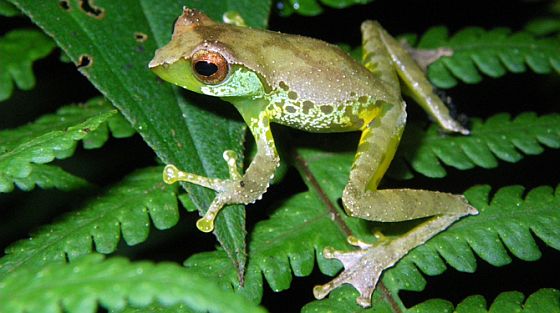 Research published today in the journal Nature Climate Change looked at 50,000 globally widespread and common species and found that more than one half of the plants and one third of the animals will lose more than half of their climatic range by 2080 if nothing is done to reduce the amount of global warming and slow it down.

This means that geographic ranges of common plants and animals will shrink globally and biodiversity will decline almost everywhere.

Plants, reptiles and particularly amphibians are expected to be at highest risk. Sub-Saharan Africa, Central America, Amazonia and Australia would lose the most species of plants and animals. And a major loss of plant species is projected for North Africa, Central Asia and South-eastern Europe.

But acting quickly to mitigate climate change could reduce losses by 60 per cent and buy an additional 40 years for species to adapt. This is because this mitigation would slow and then stop global temperatures from rising by more than two degrees Celsius relative to pre-industrial times (1765). Without this mitigation, global temperatures could rise by 4 degrees Celsius by 2100. [Continue reading…]