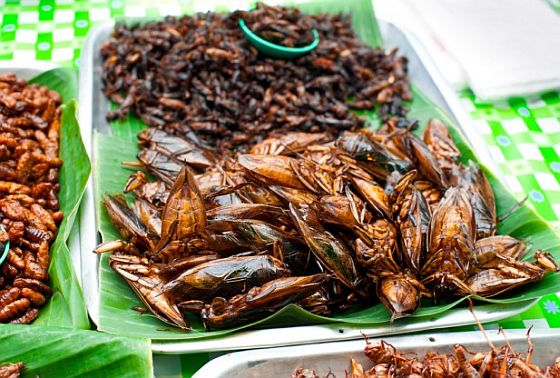 Food and Agriculture Organization of the United Nations: Forests, trees on farms and agroforestry are critical in the fight against hunger and should be better integrated into food security and land use policies, FAO Director-General José Graziano da Silva said today at the International Conference on Forests for Food Security and Nutrition in Rome (13-15 May).

“Forests contribute to the livelihoods of more than a billion people, including many of the world’s neediest. Forests provide food, fuel for cooking, fodder for animals and income to buy food,” Graziano da Silva said.

One major and readily available source of nutritious and protein-rich food that comes from forests are insects, according to a new study FAO launched at the forests for food security and nutrition conference. It is estimated that insects form part of the traditional diets of at least 2 billion people. Insect gathering and farming can offer employment and cash income, for now mostly at the household level but also potentially in industrial operations.

With about 1 million known species, insects account for more than half of all living organisms classified so far on the planet.

According to FAO’s research, done in partnership with Wageningen University in the Netherlands, more than 1900 insect species are consumed by humans worldwide. Globally, the most consumed insects are: beetles (31 percent); caterpillars (18 percent); bees, wasps and ants (14 percent); and grasshoppers, locusts and crickets (13 percent). Many insects are rich in protein and good fats and high in calcium, iron and zinc. [Continue reading…]