Akbar Ahmed writes: When people in Washington talk about shrinking the drone program, as President Obama promised to do last week, they are mostly concerned with placating Pakistan, where members of the newly elected government have vowed to end violations of the country’s sovereignty. But the drone war is alive and well in the remote corners of Pakistan where the strikes have caused the greatest and most lasting damage.

Drone strikes like Wednesday’s, in Waziristan, are destroying already weak tribal structures and throwing communities into disarray throughout Pakistan’s tribal belt along the border with Afghanistan. The chaos and rage they produce endangers the Pakistani government and fuels anti-Americanism. And the damage isn’t limited to Pakistan. Similar destruction is occurring in other traditional tribal societies like Afghanistan, Somalia and Yemen. The tribes on the periphery of these nations have long struggled for more autonomy from the central government, first under colonial rule and later against the modern state. The global war on terror has intensified that conflict.

These tribal societies are organized into clans defined by common descent; they maintain stability through similar structures of authority; and they have defined codes of honor revolving around hospitality to guests and revenge against enemies.

In recent decades, these societies have undergone huge disruptions as the traditional leadership has come under attack by violent groups like the Taliban, Al Qaeda in the Arabian Peninsula and Somalia’s Al Shabab, not to mention full-scale military invasions. America has deployed drones into these power vacuums, causing ferocious backlashes against central governments while destroying any positive image of the United States that may have once existed. 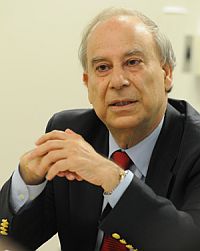 American precision-guided missiles launched into Pakistan’s Pashtun tribal areas aim to eliminate what are called, with marvelous imprecision, the “bad guys.” Several decades ago I, too, faced the problem of catching a notorious “bad guy” in Waziristan.

It was 1979. Safar Khan, a Pashtun outlaw, had over the years terrorized the region with raids and kidnappings. He was always one step ahead of the law, disappearing into the undemarcated international border between Afghanistan and Pakistan, the very area where Osama bin Laden would later find shelter.

I was then the political agent of South Waziristan, a government administrator in charge of the area. When Mr. Khan kidnapped a Pakistani soldier, the commanding general threatened to launch military operations. I told him to hold off his troops, and took direct responsibility for Mr. Khan’s capture.

I mobilized tribal elders and religious leaders to persuade Mr. Khan to surrender, promising him a fair trial by jirga, a council of elders, according to tribal custom. Working through the Pashtun code of honor, Mr. Khan eventually surrendered unconditionally and the writ of the state was restored. [Continue reading…]