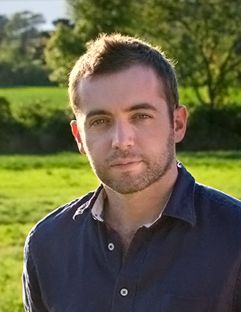 Tim Dickinson writes: Michael Hastings, the fearless journalist whose reporting brought down the career of General Stanley McChrystal, has died in a car accident in Los Angeles, Rolling Stone has learned. He was 33.

Hastings’ unvarnished 2010 profile of McChrystal in the pages of Rolling Stone, “The Runaway General,” captured the then-supreme commander of the U.S.-led war effort in Afghanistan openly mocking his civilian commanders in the White House. The maelstrom sparked by its publication concluded with President Obama recalling McChrystal to Washington and the general resigning his post. “The conduct represented in the recently published article does not meet the standard that should be met by – set by a commanding general,” Obama said, announcing McChrystal’s departure. “It undermines the civilian control of the military that is at the core of our democratic system.”

Hastings’ hallmark as reporter was his refusal to cozy up to power. While other embedded reporters were charmed by McChrystal’s bad-boy bravado and might have excused his insubordination as a joke, Hastings was determined to expose the recklessness of a man leading what Hastings believed to be a reckless war. “Runaway General” was a finalist for a National Magazine Award, won the 2010 Polk award for magazine reporting, and was the basis for Hastings’ book, The Operators: The Wild and Terrifying Inside Story of America’s War in Afghanistan.

For Hastings, there was no romance to America’s misbegotten wars in Afghanistan and Iraq. He had felt the horror of war first-hand: While covering the Iraq war for Newsweek in early 2007, his then-fianceé, an aide worker, was killed in a Baghdad car bombing. Hastings memorialized that relationship in his first book, I Lost My Love in Baghdad: A Modern War Story.

A contributing editor to Rolling Stone, Hastings leaves behind a remarkable legacy of reporting, including an exposé of America’s drone war, an exclusive interview with WikiLeaks founder Julian Assange at his hideout in the English countryside, an investigation into the Army’s illicit use of “psychological operations” to influence sitting Senators and a profile of Taliban captive Bowe Bergdahl, “America’s Last Prisoner of War.” [Continue reading…]

2 thoughts on “Michael Hastings dead at 33”