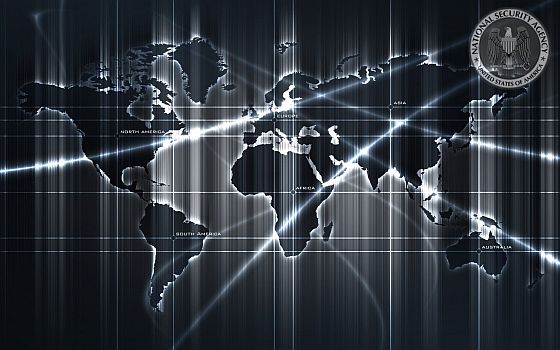 To listen to Barack Obama or Dick Cheney, one would think that privacy is a reward that democracy only delivers reliably in fair weather, and that it is something most vigorously claimed as a right by those who don’t face the challenge of defending “freedom.”

These rugged statesmen, whose perspective — unlike that of the average citizen — is shaped by a much more expansive and intimate view of the ever-present threats to America, recognize that — as Obama put it recently — we can’t have 100 percent security and also 100 percent privacy. With respect to our private communications, it’s better to be read than dead.

The first responsibility of the United States government is to keep Americans safe, we are told again and again — as though democracy was a system of national defense and not, as this country’s founders defined it, government of the people, by the people, for the people.

Nevertheless, democracy’s defining attribute is not in fact its ability to protect people but instead that it treats all individuals equally as citizens and not subjects in an exercise of self governance. The operation of democracy hinges on respect for the individual’s autonomy; not protection of the individual’s life.

The way in which privacy functions as a foundation of democracy is through self definition. Through her or his own idiosyncratic definition of personal boundaries, the individual determines the scope of their own sovereign space — a space which others generally only enter by consent.

When the state violates this space, it is violating the individual’s right to self-determination, and when this is done in the name of national security, the freedom of the individual has been reduced to being a reward granted and measured by the state, rather than being the basis through which the state derives its authority.

There is an inherent tension between self-defined privacy and state-defined privacy. Whereas the state can only construct its definitions within the strictures of law, which are never specific to time and place, the individual constructs perpetually moving boundaries of privacy and the issue is never where exactly such boundaries are placed but simply whether passage across them is consensual.

If, for instance, the threshold is the front door, it’s not the boundary itself that determines how we define privacy. We might have no problem with a neighbor dropping in, yet refuse to allow the FBI to do likewise. And the neighbor welcomed at 7pm would become an intruder at 3am.

So, when the president or the head of the NSA assures us that the government is not listening to our phone conversations or reading our email, that’s besides the point. The point is that they have been gathering personal information about the social networks and daily lives of every single American without our permission. Whether the government, acting in secret, first seeks permission from a secret court, is also besides the point, since the power being exercised by that court was not knowingly granted by the people.

The problem is, in America and other democracies, affiliations with “the people” easily get trumped by those with “our people.” Whether Americans feel their privacy has been violated by government surveillance programs often depends on whether they voted for the ruling administration. To a degree, Democrats are more likely to feel their personal privacy has been violated by Bush rather than Obama and vice-versa for Republicans.

Even after the revelations about what is without doubt the most extensive surveillance program in human history, 39 percent of Americans are apparently oblivious about the fact that the government is compiling data on everyone.

This, perhaps more than any other number, speaks about the condition of democracy in America: that the actions of the government not only take place outside the awareness of most citizens, but that a very large minority evince little interest in what their government is doing.

Where government was intended to reflect the will of the people, it now operates less through popular consent than acquiescence.

Mass surveillance might be of highly questionable value and equally questionable legal legitimacy and yet it will continue with little effective restraint if it only meets weak resistance.