Victoria Brittain, former associate foreign editor of The Guardian, writes: The voluntary departure from Britain of Omar Othman, better known as Abu Qatada, is a triumph for the independence of the judiciary over this and previous governments’ high-profile attempts to send him to face a trial in Jordan, where the evidence against him was obtained by torture. Our judiciary has safeguarded a prominent political refugee who our society chose to persecute in a disgraceful way. 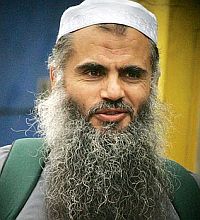 Since 2007 as many as 12 senior British judges in various courts have recognised the torture origins of the evidence against him, which successive prime ministers and home secretaries have, until a few weeks ago, publicly put all their political weight into ignoring. The US, aided by the UK, on behalf of its key ally Jordan, went so far as to kidnap UK residents Jamil el-Banna and Bisher al-Rawi on a business trip in Africa, torture them in Bagram airbase in Afghanistan, and take them to Guantánamo in order to interrogate them about Othman. When those men sued the British authorities for what they had done, parliament was persuaded to create secret courts to adjudicate on secret defences.

The British judges’ success is that the Jordanian government has now made a change in its law that applies only to Othman and no one else. In his case the burden of proof is now on the prosecutor to show that any statement made against him in court was not produced by torture or any other form of ill-treatment – a reversal of the previous situation.

In addition, his safety in Jordan is enormously enhanced by the new conditions agreed, which include his detention in a civilian facility, the exclusion of the Jordanian intelligence service from any access to him, monitoring by an independent human rights body, and a commitment that Britain will be contacted if there are concerns.

But the most recent phase of this long saga has left poison in our society. The home secretary, prime minister, mayor of London, countless MPs – including senior Labour party figures – have led the media in reckless and prejudiced comments, making Othman the most demonised individual in Britain. [Continue reading…]