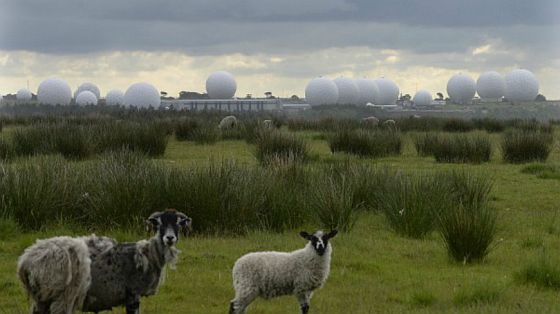 Even if you don’t read this post, watch the video below!

A report in the Washington Post has the headline: “NSA growth fueled by need to target terrorists.”

Some of that growth is described:

In 2007, ground was broken for a $1 billion facility on 120 acres at Fort Gordon, where an NSA workforce of 4,000 collects and processes signals intelligence from the Middle East, according to the agency.

In Hawaii, the NSA outgrew its Schofield Barracks Army site years ago and opened a 250,000-square-foot, $358 million work space adjacent to it last year. The Wahiawa Annex is the last place that Snowden, then a contractor for Booz Allen Hamilton, worked before leaving with thousands of top-secret documents. The main job of the NSA’s Hawaii facility is to process signals intelligence from around the Pacific Rim.

In Texas, the agency has added facilities to its San Antonio-based operations. Its main site, at Lackland Air Force Base, processes signals intelligence from Central and South America. In Colorado, the NSA’s expanding facilities on Buckley Air Force Base in Aurora collect and process information about weapons systems around the globe.

Overseas, the NSA’s station at RAF Menwith Hill on the moors of Yorkshire is planned to grow by one-third, to an estimated 2,500 employees, according to studies undertaken by local activists. Although hidden from the main road, up close it is hard to miss the 33 bright-white radar domes that sprout on the deep green landscape. They are thought to collect signals intelligence from parts of Europe, the Middle East and North Africa.

I imagine the editors at the Post chose the photo of sheep grazing at Menwith Hill, golf ball domes in the background, with the idea that this bucolic image gives the NSA a more benign face.

The lie that the agency and its media lackeys want to promote is that the NSA is vital to our safety — a shepherd protecting its lambs — and that without its vast reach we would become much more vulnerable to terrorism.

One might imagine that after the Cold War and before 9/11, the NSA was slowly being moth-balled, yet nothing could be further from the truth as a British documentary broadcast in 1993 makes clear.

Even though the Channel 4 report below is now twenty years old, it reveals a wealth of information that remains extremely relevant today.