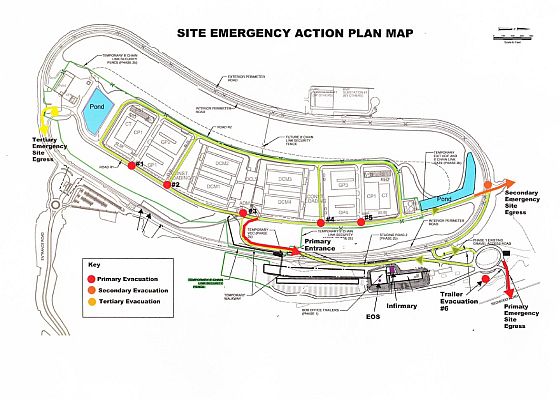 At Forbes, Kashmir Hill writes: For the last two months, we’ve been bombarded with stories about the information-collection practices of the NSA thanks to documents leaked by the agency’s most regretted contract employee, Edward Snowden. The degree of forced exposure has gotten to the point that once secret information gathered for the agency — whose acronym is jokingly said to stand for “No Such Agency” and “Never Say Anything” — was the subject of a press release on Friday; the Office of National Intelligence announced that it got the legal sign-off for a fresh batch of “telephony metadata in bulk” from companies such as Verizon and AT&T – despite continuing controversy over that including the call records of millions of Americans who are non-terrorists and non-criminal suspects.

The NSA will soon cut the ribbon on a facility in Utah built to help house and process data collected from telephone and Internet companies, satellites, fiber-optic cables and anywhere else it can plant listening devices. An NSA spokesperson says the center will be up and running by the “end of the fiscal year,” i.e., the end of September. Much has been written about just how much data that facility might hold, with estimates ranging from “yottabytes” (in Wired) to “5 zettabytes” (on NPR), a.k.a. words that you probably can’t pronounce that translate to “a lot.” A guide from Cisco explains that a yottabyte = 1,000 zettabytes = 1,000,000 exabytes = 1 billion pettabytes = 1 trillion terabytes. For some sense of scale, you would need just 400 terabytes to hold all of the books ever written in any language. Dana Priest at the Washington Post decided to go with a simpler, non-technical approximation, saying the million-square-foot facility will store “oceans of bulk data.” [Continue reading…]