Ken Silverstein writes: Two years ago, following the raid that killed Osama bin Laden in Pakistan, a number of journalists wrote dramatic accounts of the Al Qaeda leader’s last moments. One such story, co-authored by Eli Lake in the Washington Times, cited Obama administration officials and an unnamed military source, described how bin Laden had “reached for a weapon to try to defend himself” during the intense firefight at his compound, and then “was shot by Navy SEALs after trying to use a woman reputed to be his wife as a human shield.”

It was exciting stuff, but it turned out to have been fictitious propaganda concocted by U.S. authorities to destroy bin Laden’s image in the eyes of his followers. Based on what we know now, the SEALs met virtually no resistance at the compound, there was no firefight, bin Laden didn’t use a woman as a human shield, and he was unarmed.

The White House blamed the misleading early reports on the “fog of war,” but as Will Saletan pointed out in Slate, “A fog of war creates confusion, not a consistent story like the one about the human shield. The reason U.S. officials bought and sold this story is that it fit their larger indictment of Bin Laden. It reinforced the shameful picture of him hiding in a mansion while sending others to fight and die. It made him look like a coward.” 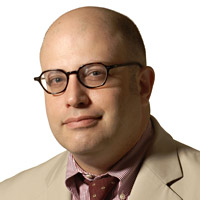 Many reporters uncritically rushed the government’s account into print. For Lake, though, it fit a career pattern of credulously planting dubious stories from sources with strong political agendas.

Which brings us to the news story that Lake and Josh Rogin broke for the Daily Beast last week, in which they reported that the “crucial intercept that prompted the U.S. government to close embassies in 22 countries was a conference call between al Qaeda’s senior leaders and representatives of several of the group’s affiliates throughout the region.” The story said that among the “more than 20 operatives” on the call was Ayman al-Zawahiri, who the piece claimed was managing a global organization with affiliates in Africa, Asia, and the Middle East. Other Al Qaeda participants involved in the call reportedly represented affiliates operating in Iraq, the Islamic Maghreb, Nigeria, Pakistan, the Sinai Peninsula, and Uzbekistan.

The sources for the story were three U.S. officials “familiar with the intelligence.” “This was like a meeting of the Legion of Doom,” one told Lake and Rogin. “All you need to do is look at that list of places we shut down to get a sense of who was on the phone call.” [Continue reading…]

1 thought on “Anatomy of an al Qaeda ‘conference call’”