Common Dreams: ‘Defense’ contractor CACI International has taken the shocking step of suing four former Abu Ghraib detainees who are seeking redress in U.S. courts for the company’s role in torturing, humiliating and dehumanizing them, with the U.S. corporation recently requesting that the judge order the plaintiffs—all of whom are Iraqi—to pay CACI for legal costs. 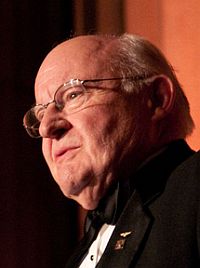 CACI is demanding over $15,000 in compensation, mostly for witness fees, travel allowances and deposition transcripts, according to court documents.

“Given the wealth disparities between this multi-billion dollar entity and four torture victims, given what they went through, it’s surprising and appears to be an attempt to intimidate and punish these individuals for asserting their rights to sue in U.S. courts,” Baher Azny, legal director for the Center for Constitutional Rights, which is working on the case, told Common Dreams.

Just weeks ago, a federal judge dismissed the former Abu Ghraib prisoners’ lawsuit against CACI International on the grounds that because Abu Ghraib is oversees, it is beyond the jurisdiction of U.S. courts.

The plaintiffs are appealing the decision, with their lawyers arguing that a U.S. corporation operating in a U.S. military prison should be subject to U.S. law.

The ruling is expected to have far-reaching ramifications for the shadowy networks of private contractors who operate in war-torn Iraq under veils of secrecy and with near-immunity, despite widely documented war crimes.