Eliot Higgins has become one of the most widely respected analysts studying weapons used in Syria. At Brown Moses Blog he writes:

Since the August 21st alleged chemical attack in Damascus, I’ve been working to gather as much evidence as possible relating to the attack, and sharing it on this blog. This post acts to summarise the evidence I’ve gathered so far, as well as examining some of the claims made about the attack. This is all up for healthy debate in the comments below, and it should be kept in mind that “evidence” does not equal “proof” when debating this information.

What munitions were used in the attack? 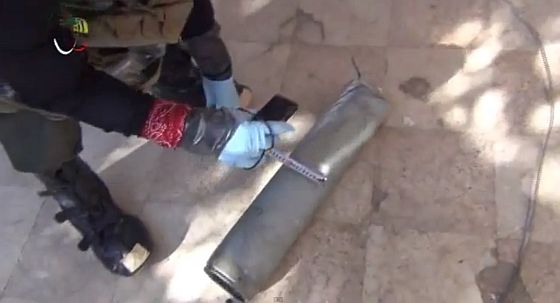 Since the attacks the remains of only two munitions have been recorded by activists in Damascus. The first, a M14 140mm artillery rocket fired from the BM-14 multiple rocket launcher (and variants), was filmed in Medmah al-Sham in Damascus, and footage recorded by the activists shows the UN inspectors taking measurements and samples from the munition. The remains shown in the video are barely damaged, with only the warhead and connector missing. This may be significant, as one potential warhead carries 2.2kg of sarin, but it should be clear there’s also a smoke warhead for this munition. As with both munitions linked to the alleged chemical attack, it seems only the UN report will clarify whether or not these were likely to be carrying any sort of chemical agent. Only one example of this artillery rocket was recorded and put online, it’s unknown if there’s further examples at the attack sites. More details on the M14 140mm and my identification of it can be found here.

The second munition linked to the alleged chemical attack is pictured above. What’s extremely interesting about this munition is it appears to be something that’s unique to the conflict. I’ve spoken to a number of arms and chemical weapons specialists, and they do not recognise this as any specific type of munition. For the purposes of this blog post, and to save me having to write out “the unidentified munition linked to alleged chemical attacks” repeatedly, I will refer to this as the UMLACA (Unidentified Munition Linked to Alleged Chemical Attacks). [Continue reading…] 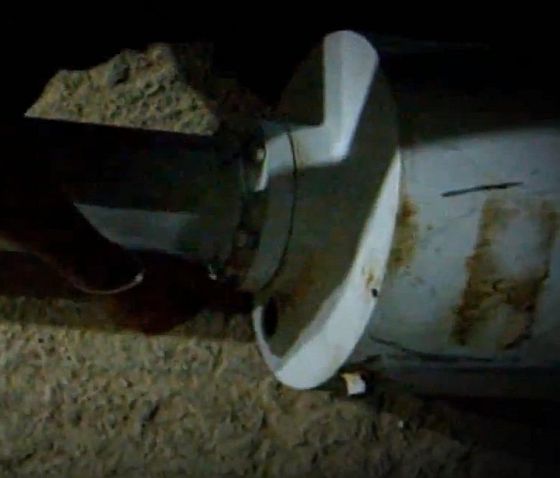 For those who are still in the false flag brigade and who insist that the attack must have been launched by an opposition element — sure, that’s possible.

All of that is possible. But is it likely? And given the more obvious explanation — that these chemical weapons were being used by the forces that had been trained and then authorized to use them — why lean in favor of the remote possibility?

I suspect the reason is this — and it has nothing to do with the evidence. If you start with two convictions — that military intervention in Syria is a bad idea, and that the U.S. is hellbent on intervening — then you will be vigilant, watching for anything that could be used as a pretext for intervention. If such a pretext emerges, then the first line of resistance in preventing its use as a justification for intervention will be to say: it didn’t happen. The second line of resistance is to concede it happened but to assert that the Assad regime was not responsible.

The cause is just — attempting to oppose what appears to be an unjust war-making agenda — but its pursuit gets quickly divorced from any desire to be objective. The focus is on that which must be resisted, even if that means abandoning any real interest in what actually happened.