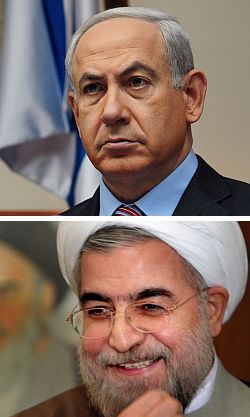 On September 11, Israel’s secret police (Shin Bet) arrested a Belgian windows and roofing salesman who is alleged to be an “Iranian agent … sent to Israel to set up a base for Iranian intelligence and terrorism networks”.

The Israeli government delayed releasing information about the arrest until Prime Minister Benjamin Netanyahu set off for Washington on his mission to counter the “the onslaught of smiles” that Americans have been subjected to over the last few days.

Reasons the Israelis give for regarding Ali Mansouri with suspicion, include:

Mans left Iran the year after the revolution and has spent most of his adult life living in Turkey and Belgium.

Public defense lawyers representing Mansouri said that their client is a Belgian businessman who is not motivated by any pro-Iranian agenda.

The attorneys, Michael Orkavi and Anat Yaari, said their client had been denied access to a lawyer for nine days. They added that a more complex picture exists than the one being presented by security forces, and that the full details would emerge in court after Mansouri is charged.

Mans’ cover as a ‘salesman’ seems quite convincing. But maybe that’s because he’s just a salesman. The only thing he’s definitely ‘guilty’ of is having been born in Iran.