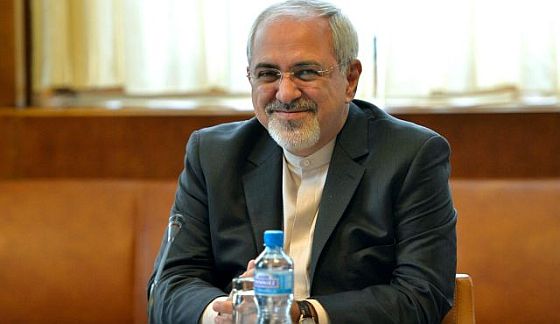 The Guardian reports: “It takes two to tango,” said Iran’s foreign minister, Mohammad Javad Zarif, in an interview in September when asked how optimistic he was about a possible nuclear deal with the west.

In the early hours of Sunday, as Zarif and his six western counterparts prepared to leave Geneva’s Intercontinental hotel on a five-minute journey to Palais des Nations for a historic Kodak moment, the Iranian foreign minister was sure the other side had said yes to his invitation. The 53-year-old veteran Iranian diplomat was depicted tango dancing in the arms of Uncle Sam in a sketch by prominent cartoonist Touka Neyestani, published by Iranwire.

Before leaving the hotel, Zarif took a few moments to go up to his room on the 14th floor and complete one more task: update Twitter and Facebook. “We have reached an agreement,” he tweeted at 3.03am local time.

With that simple message, the 53-year-old veteran diplomat showed that President Hassan Rouhani’s best decision upon assuming office was to appoint him as the man in charge of reviving Tehran’s diplomacy, which was badly damaged under Mahmoud Ahmadinejad.

Now, exactly 100 days after he was officially appointed as foreign minister, Zarif has become immensely popular at home, with Iranians sympathetic to the opposition and supporters of the regime largely united in their admiration for his diplomatic work in a short time. [Continue reading…]