There’s a difference between being welcomed and not being opposed.

The advance of ISIS into Mosul appears not to have met any opposition. Whether the city’s remaining residents welcome their new rulers is another matter.

In a video of the militants’ arrival, the only celebrants appear to have been the ISIS fighters themselves.

Members of the local Naqshbandi Army apparently welcomed ISIS’s arrival by putting up posters of Saddam, but they have been ordered to remove them within 24 hours. 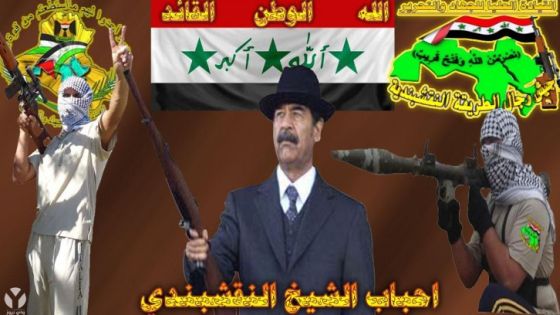 EA Worldview has translated a code of conduct that ISIS has issued for Nineveh Province:

The document instructs fighters to respond to questions about their mission, “We are soldiers of Islam and took on our responsibility to bring back the glory of the Islamic Caliphate.”

Anyone who steals the money claimed by insurgents “from the Safavid Government” — ISIS reportedly took more than $400 million from Mosul’s banks — will have their hands cut off. Only the “Imam of Muslims” may spend the funds.

ISIS warns tribal leaders and Sheikhs not to “work with government and become traitors”. Police, soldiers, and workers for “other kafir institutions” can repent at designated locations.

Muslims are to perform prayers on time in mosques. Drugs, alcohol, and tobacco are banned, as is the carrying of guns or any flag other than that of ISIS. Women must “dress decently” and “only go out if needed”.

As “God ordered us to stay united”, shrines will be destroyed.

ISIS concludes, “You tried secular rulers (republic, Baathist, Safavids), and it pained you. Now is the time for the Islamic State.”

The creation of a state depends on more than the ability to thwart opposition.

Even though ISIS has generated support from fighters coming from many countries, its international appeal probably undermines its ability to strengthen grassroots support — as does its ruthlessness in crushing dissent.

With the hashtag #SykesPicotOver and the bulldozing of the Syrian-Iraqi border, ISIS wants to cast itself as overthrowing what remains of Western colonialism, yet ironically, the jihadists are themselves neocolonialists with an Islamist face.