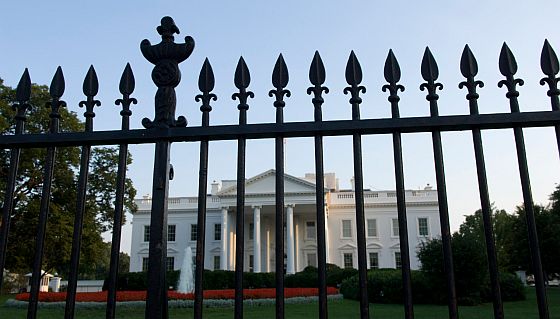 Omar Gonzalez, who on Friday scaled a fence at the White House and sprinted across the lawn towards the Oval Office, is reported to have told a Secret Service agent that “he was concerned that the atmosphere was collapsing and needed to get the information to the president of the United States so that he could get the word out to the people.”

In New York City on Sunday, more than 300,000 people marched for similar reasons. Will their effort, unlike Gonzalez’s, have any tangible effect?

To describe the atmosphere as collapsing might be a technically inadequate description of climate change but it sounds like this is the issue that worried the army veteran. No doubt his fears had been compounded and distorted by traumas experienced while fighting in a war that served no purpose, along with the inadequate care that has been provided for soldiers returning from Iraq. His reasons to mistrust the way the government works certainly cut deeper than those that trouble the average American citizen.

Gonzalez’s action, not surprisingly, has provoked the wrong debate — a debate about whether the White House has adequate security.

But a reluctance to deal with a simple problem — replace a scalable six-foot fence with a much less scalable ten-foot fence — is itself a product of the desire to sustain an illusion: that American presidents have a keener desire to hear and respond to the voices of “ordinary folks” than pay heed to the White House’s regular and much more influential visitors.

We live in a world where the capacity of ordinary people to raise their voices has never been greater, yet with this has come an increasing sense that fewer and fewer people can make themselves heard.

If Gonzalez acted out in a delusional way, it sounds as though there was a kernel of sanity in his impulse.

The atmosphere is collapsing, the sky is falling, and this observation far from being emblematic of an hysterical unwarranted fear, is in fact a crude description of the precarious condition of our planet. The hysteria, in the few places where it is evident, is not an overreaction to the danger we all face, but is instead triggered by the lack of response from those invested with the powers to instigate global changes through the instruments of law and regulation.

Grassroots movements can shape and articulate popular will but that then has to be translated into actions taken by responsive governments — governments led by courageous leaders who do not hide behind unscalable fences.