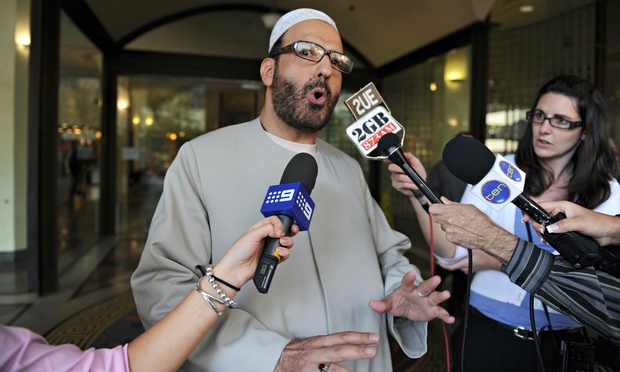 Man Haron Monis had a gun and no future — a dangerous combination.

But he was also a fake sheikh with a black flag and that made his actions newsworthy for the global media.

Newsworthy is an ambiguous concept — so much that is deemed news seems worthless.

What made the actions of Monis so newsworthy — at least for a few hours — was that they supposedly signified much more than the actions of a single man. He represented the unpredictable reach of a global movement.

The message — scripted by the media more than the man — was that ISIS might come and kill anyone, anywhere, at any time.

The experts were quick to describe Monis as a “lone wolf,” saying that this is the scariest development in the metastization of terrorism: that ISIS now has the power to conduct its own form of remote warfare, inspiring individuals with whom it has no direct connection and thus whose identities can never be predicted.

Our predator missiles offer no protection against their elusive lone wolves.

But what Monis really represents is the fact that we live in a world where unpredictable things happen — all the time.

If ISIS thought Monis had some propaganda value, that thought probably evaporated when he asked the police to provide him with an ISIS flag.

The self-styled ISIS’s-man-in-Sydney lacked the wherewithal to procure a flag without the help of the police. He seemed destined to end up looking more like a deranged gunman than a threat to the world.

As if to say, “this is how we really operate,” ISIS yesterday released photos of a mass execution and a double beheading.

Even though Monis claimed to have planted several bombs around Sydney, Australian special forces apparently thought it was safer to shoot him than torture him, and yet his threat illustrated the reality of the so-called ticking time-bomb scenario.

This scenario — the situation that in the minds of some makes torture imperative — is a construct of pure fiction.

In the Hollywood construct, the audience is left in no doubt as to whether the bomber’s threats have foundation. We see the bomb. We hear it ticking.

But in the real world, the police have more reason to doubt the bomber’s threats than to believe him.

We will likely never know exactly what was going through Monis’s mind yesterday, but of this much we can be sure: he knew that by throwing together the right ingredients — Islam, a black flag, hostages, a gun, and talk of bombs — the world would snap to attention and watch his performance.

This after all is the trick of terrorism: it commands perfect obedience.