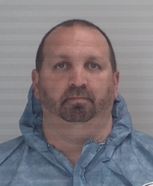 Hicks’ Facebook page makes it clear that he is an admirer of Dawkins and the ideology of antitheism.

But to hold Dawkins responsible — wouldn’t that be like holding all Muslims responsible for the actions of a few terrorists? After all, Dawkins advocates treating “all religions with good-humoured ridicule” — not murdering their adherents.

Dawkins is on the defensive and tweeted: “How could any decent person NOT condemn the vile murder of three young US Muslims in Chapel Hill?”

So far I haven’t seen any condemnation of the murders coming from Sam Harris, so it remains to be seen whether in Dawkins’ opinion his closest cohort is a decent person.

Dawkins retweeted this comment: “Can these imbeciles not understand the difference between arguing against religious belief and hating believers?”

I’m not sure which imbeciles this refers to: People like Hicks? Or people who blame Dawkins et al for Hicks’ actions?

Dawkins, Harris, and other prominent atheists, while engaging in their crusade against Islam, invariably employ the same rhetorical device: It’s OK to hate Islam so long as you make it clear you have nothing against Muslims.

The question is: how can such a clean separation be made between people and their beliefs?

The New Atheists themselves are not quite as materialistic as they profess. They too are passionate about their beliefs.

Richard Dawkins would no longer be the man we know if he was “born again” and declared Christ was his savior. Atheism is not written in his DNA and yet his beliefs are just as integral a part of who he is as a person as is his genetic code.

Those who condemn Islam and yet claim they have no intention of promoting hatred of Muslims, are either being disingenuous or they are plain stupid.

On Hicks’ Facebook timeline he re-posted an image embossed with the American Atheists’ logo. In text over a satellite image of the Middle East are the words: “People say nothing can solve the Middle East problem. Not mediation, not arms, not financial aid. I say there is something. Atheism.”

On the page where the image was originally posted, someone comments: “Education takes time compared to, say, extinction or obliteration. One way or another it’ll come.”

If atheism is the ultimate solution, then as this commenter insinuates, in some people’s minds genocide might be the required method for dealing specifically with “the problem” of Islam.

Those who vilify Islam do indeed open the door to those who would murder Muslims, while those who claim that atheism might be the panacea for the world’s problems, are in fact indulging in an idle and sometimes dangerous fantasy.

How do they envisage the world’s religious believers — which include the vast majority of this planet’s population — might be persuaded or forced to abandon their faiths? Good-humored ridicule is unlikely to do the trick.

For a while it looked like science, empowered by The Enlightenment, would effortlessly push religion aside and faith would be replaced by reason, just as easily as the horse and buggy gave way to the combustion engine.

It didn’t happen and there’s little chance it ever will, because while none of us is genetically programmed to take to on any particular belief system, there is reason to think that the a need for belief systems of some kind is built into the architecture of the human mind.

Human life cannot be governed by reason alone and people are no more likely to discard religion than they are to abandon music or sports. Moreover, faith that the world would be more peaceful without religion — a dogma which is axiomatic to New Atheism — has no more solid a foundation than faith in an afterlife.

Thus it is evident that New Atheism, through blind ideology and social affiliations, already shares some of the trappings of religion.

Maybe with the appearance of Craig Stephen Hicks the movement should be seen as having fully entered the religious fold since at its margins, it too has its own murderous fanatics.