Reuters reports: A Kurdish militia that has been fighting Islamic State in Syria with help from U.S.-led air strikes has joined forces with Arab groups in an alliance announced on Monday that may be a prelude to an attack on the jihadists’ base of operations in Raqqa.

The alliance calling itself the Democratic Forces of Syria includes the Kurdish YPG militia and Syrian Arab groups, some of which fought alongside it in a campaign that drove Islamic State from wide areas of northern Syria earlier this year.

The Arab groups in the new alliance are operating under the name “The Syrian Arab Coalition” – a grouping which U.S. officials have said would receive support under a new U.S. strategy aimed at fighting Islamic State in Syria.

A U.S. military official has told Reuters that the Syrian Arab Coalition would push down towards Raqqa, Islamic State’s de facto capital, while staying east of the Euphrates river. [Continue reading…]

A statement issued yesterday by the Syrian Democratic Forces says: 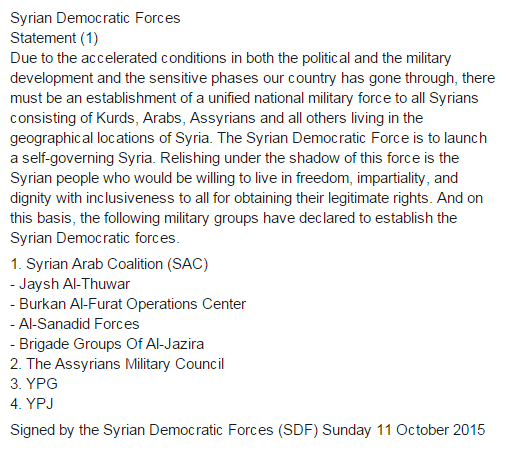 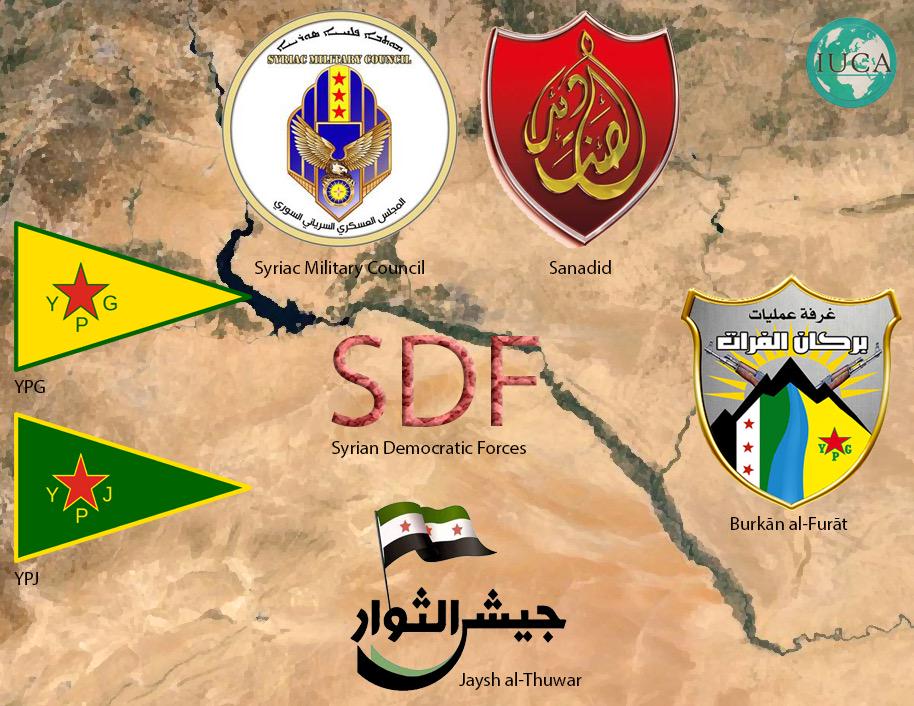