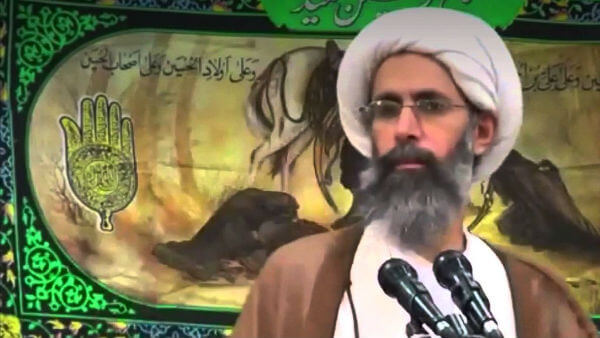 The Washington Post reports: Saudi Arabia severed relations with Iran on Sunday amid the furor that erupted over the execution by the Saudi authorities of a prominent Shiite cleric.

Foreign Minister Adel al-Jubair told reporters in Riyadh that the Iranian ambassador to Saudi Arabia had been given 48 hours to leave the country, citing concerns that Tehran’s Shiite government was undermining the security of the Sunni kingdom.

Saudi Arabian diplomats had already departed Iran after angry mobs trashed and burned the Saudi embassy in Tehran overnight Saturday, in response to the execution of Sheikh Nimr Baqr al-Nimr earlier in the day.

Iran’s Supreme Leader warned on Sunday that there would be divine retribution for Saudi Arabia’s rulers after the execution of a renowned Shiite cleric, sustaining the soaring regional tensions that erupted in the wake of the killing.

The warning came hours after crowds of protesters stormed and torched the Saudi embassy in Tehran to vent their anger at the execution of Nimr Baqr al-Nimr, who was among 47 people put to death in the kingdom on Saturday.

Shiites around the world expressed outrage, potentially complicating a surge of U.S. diplomacy aimed at bringing peace to the region, according to Toby Matthiesen, an expert on Saudi Arabia at the University of Oxford.

“Nimr had become a household name amongst Shiite Muslims around the world. Many had thought his execution would be a red line and would further inflame sectarian tensions,” he said. “So this will complicate a whole range of issues, from the Syrian crisis to Yemen.”

Saudi Arabia and Iran are backing rival sides in Syria’s war, and their enmity risks derailing a diplomatic effort led by the United States and Russia to convene peace talks between the factions in Geneva this month.

The two feuding powers also support opposing sides in the war in Yemen and more broadly find themselves in opposition in the deeply divided politics of the mixed Sunni-Shiite nations of Iraq and Lebanon.

The Obama administration’s hopes that the conclusion last summer of an agreement limiting Iran’s nuclear program would help bridge the sectarian divide between Tehran and the United States’ biggest Arab ally were further diminished by the eruption of fury that followed Nimr’s death. [Continue reading…]