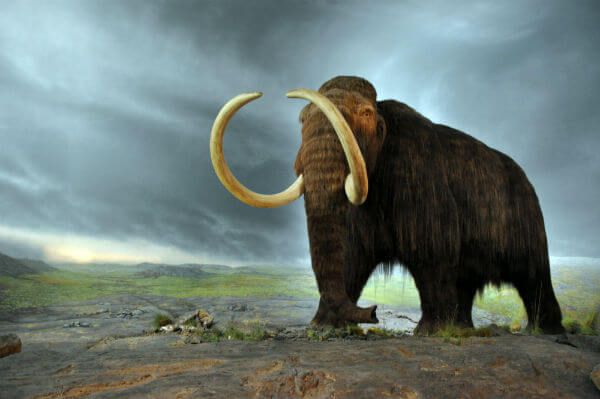 Science magazine reports: In August of 2012, an 11-year-old boy made a gruesome discovery in a frozen bluff overlooking the Arctic Ocean. While exploring the foggy coast of Yenisei Bay, about 2000 kilometers south of the North Pole, he came upon the leg bones of a woolly mammoth eroding out of frozen sediments. Scientists excavating the well-preserved creature determined that it had been killed by humans: Its eye sockets, ribs, and jaw had been battered, apparently by spears, and one spear-point had left a dent in its cheekbone — perhaps a missed blow aimed at the base of its trunk.

When they dated the remains, the researchers got another surprise: The mammoth died 45,000 years ago. That means that humans lived in the Arctic more than 10,000 years earlier than scientists believed, according to a new study. The find suggests that even at this early stage, humans were traversing the most frigid parts of the globe and had the adaptive ability to migrate almost everywhere.

Most researchers had long thought that big-game hunters, who left a trail of stone tools around the Arctic 12,500 years ago, were the first to reach the Arctic Circle. These cold-adapted hunters apparently traversed Siberia and the Bering Straits at least 15,000 years ago (and new dates suggest humans may have been in the Americas as early as 18,500 years ago).

But in 2004, researchers pushed that date further back in time when they discovered beads and stone and bone tools dated to as much as 35,000 years old at several sites in the Ural Mountains of far northeastern Europe and in northern Siberia; they also found the butchered carcasses of woolly mammoths, woolly rhinoceros, reindeer, and other animals.

The Russian boy’s discovery — of the best-preserved mammoth found in a century — pushes back those dates by another 10,000 years. [Continue reading…]