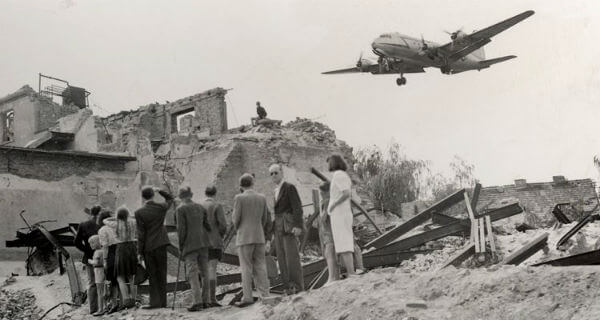 After I posed the question, can the U.S. take action to protect Aleppo? a reader reasonably asked: What would a productive engagement look like? Indeed.

For several years, the off-the-shelf answer to this question has included imposing a no-fly zone. The frequency with which this option has been proposed — and then ignored or dismissed — has undermined its credibility. Even so, it’s worth remembering that the northern no-fly zone enforced following the First Gulf War in 1991 provided the basis for the development of enduring Kurdish self-rule in what has since become the most stable part of Iraq. American actions in the Middle East are not always destined to make things fall apart.

The U.S. and its allies could have imposed a no-fly zone in Syria. But President Obama delayed long enough for that option to get knocked off the table by Vladimir Putin.

The latest high-profile proponents of a no-fly zone, Michael Ignatieff and Leon Wieseltier, seem to be engaged in an exercise in wishful thinking.

I don’t doubt that their outrage over American inaction is heartfelt. Even so, they gloss over the fact that since Russia now controls Syrian airspace, there isn’t the faintest chance the Obama administration would be willing to try and impose a no-fly zone because — as officials keep on saying — the U.S. isn’t going to risk starting World War Three.

Does that mean, therefore, that U.S. Syria policy now rests in the hands of John Kerry and his efforts to breath life into a political track — an approach that has little more vitality than the Middle East peace process? If that’s true, then the conventional wisdom is probably right: nothing can be done.

Dualistic thinking is always convenient. Debate gets simplified if we only have to weigh up two options. Other options are easy to marginalize, not necessarily because they are unworthy of consideration but because the debate risks becoming open-ended if too much gets brought to the table. Thus the current debate has largely been reduced to military action versus diplomacy and with the former ruled out, Kerry ends up as the embodiment of U.S. Syria policy. Unfortunately for him, diplomatic successes are much harder to accrue than frequent flier miles — especially when the U.S. has no bargaining power.

The Russians now say that they intend to carry on bombing Syria through the rest of this month while proposing a truce in March. Translated into plain English, that means they will continue bombing until their current military objectives have been accomplished.

Russia’s UN Ambassador Vitaly Churkin says that their airstrikes are being conducted in a “transparent manner” and says Russia’s critics are politically exploiting humanitarian issues.

“They rather crudely use humanitarian matters in order to play, we believe, a destructive role as far as the political process is concerned,” he says.

So this is Russia’s position: It claims it’s military actions are constructive while it accuses the proponents of diplomacy of undermining the political process.

No one should be in any doubt: for Assad and his powerful allies, Geneva is now just a sideshow — a useful distraction and an occasional stage for diplomatic games.

With no military options and no effective diplomacy, it’s easy to see why so many have concluded that nothing can be done.

But there’s never nothing…

In 1948, having as many as one million soldiers based in Germany, the Soviet Union tightened a blockade around Berlin. At that time, the U.S. had 31,000 combat troops in West Germany. It seemed very reasonable to conclude that there was nothing the West could do to prevent the whole of Berlin coming under the control of the Soviets. The only way of preventing that outcome was to break the blockade and launch an airlift, unprecedented in scale.

The airlift began on June 24 and was anticipated to run for three weeks. The Communist press in East Berlin mocked the project, describing it as “the futile attempts of the Americans to save face and to maintain their untenable position in Berlin.”

Over the following weeks and months, the U.S., Britain, and France, succeeding in delivering up to 6,000 tons of supplies every day, as a result of which on May 12, 1949, the Soviets lifted the blockade. The operation continued through the end of September in order to amass a sufficient stockpile of supplies in the event that the airlift needed to be restarted.

In the course of the airlift’s operation, 2,326,406 tons of supplies were carried on 278,228 flights. And this was at a time that Europe was still weighed down by the economically crippling effects of World War Two.

The cost of the Berlin airlift was equivalent to less than the United States gives to Israel each year in military aid.

In August 2014, President Obama was persuaded to intervene in Iraq to provide humanitarian assistance to 40,000 Yazidis, trapped in the Sinjar Mountains, under threat from ISIS. The operation continued for a few days and the Yazidis were led to safety by Kurdish fighters from the PKK and YPG. This wasn’t reminiscent of 1948, but it was an emergency response.

At times of crisis the U.S. has often shown its willingness and capacity to make constructive interventions. (Acknowledging that fact doesn’t require we ignore America’s destructive impact on the world.)

What the U.S. did in Berlin and the Sinjar Mountains does not offer a template for humanitarian operations in Syria, although it might suggest new ways to consider the application of military resources to serve humanitarian goals.

Obama might be unwilling to risk direct conflict between American and Russian fighter jets patrolling the same skies, but when the U.S. started sending cargo planes into Berlin, in was on the assumption that the Soviets would not risk a war by attacking non-combatant aircraft. The same principle could apply to Syria. Whatever Churkin claims, delivering food, clothing, and medicine to those in need is a legitimate humanitarian endeavor.

UN Resolution 2165 was passed with Russia’s support to “ensure that humanitarian assistance, including medical and surgical supplies, reaches people in need throughout Syria through the most direct routes,” but the UN’s ability to make good on that promise is currently being obstructed by both Russia and the Assad regime.

Moreover, the UN has increasingly come under fire from Syrians who see humanitarian aid being used to support the Assad regime. “For many of us in Syria, the UN has turned from a symbol of hope into a symbol of complicity,” besieged Syrians wrote in a letter to Stephen O’Brien, the UN Undersecretary for Humanitarian Affairs.

There are cities across Syria under siege with populations facing starvation. If the U.S. was to start humanitarian airlift operations whose scope might initially be quite limited, it would send several important messages:

This isn’t a political solution for the war in Syria and the logistical challenges would be huge, but facing emergencies has more to do with the willingness to act than it has with being able to construct the perfect plan.

Discovering what is possible often requires ignoring the many ways in which one risks failing. If the Berlin airlift had been proposed on the assumption that it would need to continue for 15 months, it would most likely have been dismissed as impossible and never undertaken.