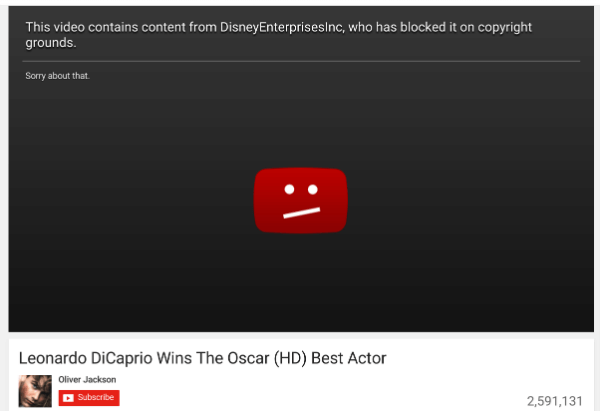 Truth Dig reports: Upon being named winner of the 2016 Oscar for best actor for his leading role in the Alejandro Innaritu-directed film “The Revenant,” Leonardo DiCaprio, a committed environmental activist with a long record of backing campaigns, led the political charge at the awards show and pleaded with listeners to “work collectively together and stop procrastinating” and take action to stop climate change.

“Making The Revenant was about man’s relationship to the natural world, a world that we collectively felt in 2015 as the hottest year in recorded history,” DiCaprio said. “Our production needed to move to the southern tip of this planet just to be able to find snow. Climate change is real, it is happening right now. It is the most urgent threat facing our entire species, and we need to work collectively together and stop procrastinating.”

DiCaprio even urged support for political candidates who do not rely on corporations and their interest groups to finance their campaigns. That appears to be an endorsement of candidates like Sen. Bernie Sanders and Jill Stein, as opposed to Hillary Clinton and most of the Republicans.

“We need to support leaders around the world who do not speak for the big polluters or the big corporations, but who speak for all of humanity, for the indigenous people of the world, for the billions and billions of underprivileged people who will be most affected by this. For our children’s children, and for those people out there whose voices have been drowned out by the politics of greed … Let us not take this planet for granted. I do not take tonight for granted.” [Continue reading…]

The YouTube clip of DiCaprio’s acceptance speech used by Truth Dig has been blocked by Disney Enterprises Inc — apparently they are more concerned about copyright infringement than they are about climate change. But this isn’t the first time the actor has spoken on this issue. To hear him speak at slightly greater length, watch his 2014 address to the UN in New York:

The Guardian adds: Over the last few years, DiCaprio has steadily donated his celebrity – and at least $30m in funding according to his foundation – to help advance the United Nations climate negotiations, protect coral reefs and tigers, and spread public awareness about the dangers of climate change.

The actor has become a fixture at events focused on global challenges since 2014, dropping in at the Davos economic forum to pick up an award last January, and holding a private chat on the sidelines with Ban Ki-Moon, the United Nations secretary general, on the sidelines of the Paris climate negotiations last December. [Continue reading…]