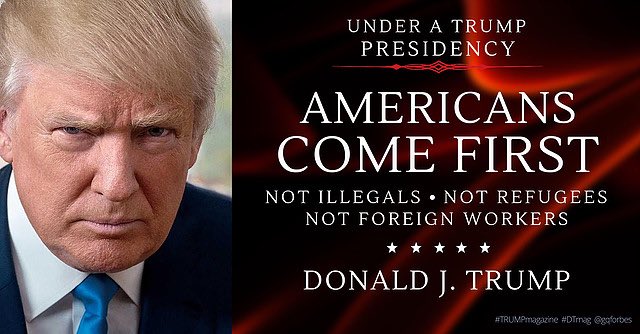 Donald Trump says the United States needs a coherent foreign policy. Indeed. Can he offer one? Not yet.

It was only last month that Trump said on foreign policy that “my primary consultant is myself and I have a good instinct for this stuff.”

Apparently one of the results of Trump’s internal deliberations is that he now needs some input from outside.

“My goal is to establish a foreign policy that will endure for several generations. That’s why I also look and have to look for talented experts with approaches and practical ideas” — experts like Walid Phares, who apparently needing to hold his practical ideas in reserve, promised in advance: “There will be no details in this speech.”

Or to put it another way: all packaging; no content.

My foreign policy will always put the interests of the American people and American security above all else.

We’re getting out of the nation-building business and instead focusing on creating stability in the world. Our moments of greatest strength came when politics ended at the water’s edge. We need a new rational American foreign policy, informed by the best minds and supported by both parties, and it will be by both parties — Democrats, Republicans, independents, everybody, as well as by our close allies.

I will seek a foreign policy that all Americans, whatever their party, can support, so important, and which our friends and allies will respect and totally welcome. The world must know that we do not go abroad in search of enemies, that we are always happy when old enemies become friends and when old friends become allies, that’s what we want. We want them to be our allies.

We want the world to be — we want to bring peace to the world.

No country has ever prospered that failed to put its own interests first. Both our friends and our enemies put their countries above ours and we, while being fair to them, must start doing the same. We will no longer surrender this country or its people to the false song of globalism. The nation-state remains the true foundation for happiness and harmony. I am skeptical of international unions that tie us up and bring America down and will never enter…

The world is most peaceful and most prosperous when America is strongest. America will continue and continue forever to play the role of peacemaker. We will always help save lives and indeed humanity itself, but to play the role, we must make America strong again.