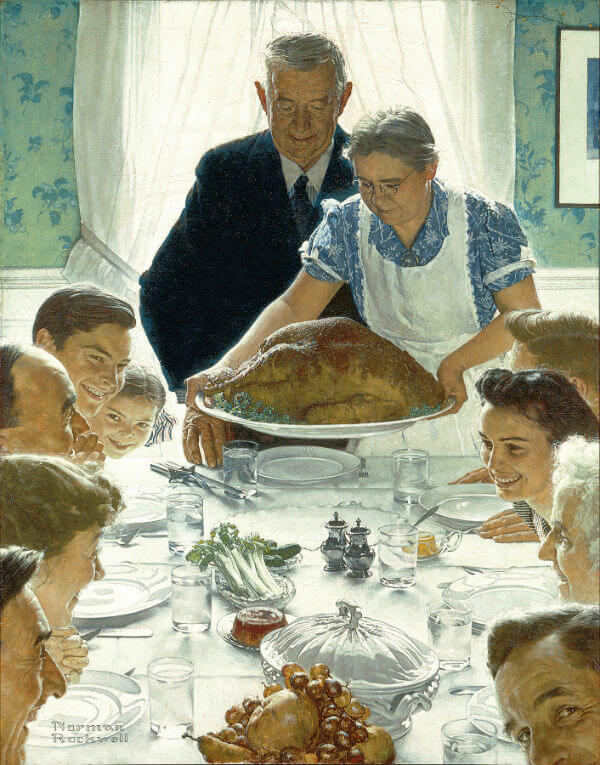 In one of the many autopsies of the election, Thomas Frank refers to the “tens of millions of good people” who voted for Trump — 59,692,974 to be precise.

Frank’s hinted sentiment — that Trump supporters should not be viewed too harshly because they’re mostly under-educated men and women who could easily be led astray — is commonplace among commentators who don’t want to risk undermining their own strongly professed affiliations with “working Americans.”

It’s the same sentiment one hears expressed so often by people who have little if any personal experience of manual labor and who nevertheless speak passionately about the tragic effects of lost manufacturing jobs — as though life behind the production lines was dignified by the virtues of honest toil and the wholesomeness of Made in the USA labels.

The problem with seeing Trumpism through the impersonal lens of economic determinism is that it tends to marginalize the cultural issues at play and the personal choices made.

But before drilling any further into the question of what led to this election outcome, let’s keep in mind some basic facts:

Donald Trump is about to become the 45th President of the United States because he won the support of just 25% of the electorate.

The outcome of this election, like every other democratic election, was determined by the way each vote was cast.

More than anything else, Trump’s power derives from the abnegation of power by the 103 million eligible voters who chose not to exercise their democratic rights — the Americans who put Trump in power by acting as though they possessed none.

Instead of getting carried away with broad explanations that revolve around the failings of neoliberalism, let’s consider the individual choices at work as millions of Americans left their mark next to the name Trump; and let’s not just treat Trump voters as hapless dupes who got hoodwinked by a conman.

Trump drew the bulk of his support from white, rural America.

Vice News made an honest effort to offer a snapshot of that support in the voice of one man, Don Bowman, surrounded at home by his family in Oxford, Ohio.

What’s interesting about Bowman is that he isn’t just a randomly chosen Trump supporter who fits the right demographic profile — a guy willing to cater to a journalist’s urgent need to gather a few soundbites about the Trump “movement.”

In learning about this particular man, we aren’t limited to considering what he has to say in front of a camera. We can also learn about his personal history and the culture that shaped his thinking, thanks to the writing of his son, J.D. Vance, the author of Hillbilly Elegy.

In the Vice interview, Bowman says this about Trump:

People are tired of what’s going on, and sometimes it’ll take a guy that’s not your normal guy — I call it misfit — and use him to turn this thing around.

What this guy’s saying is real. He’s not afraid to say what he wants to say, and I realized little by little the Republican Party and the foundation I looked up to as a conservative party is as out of whack as the Democratic Party.

My party has sold out to the establishment and the elites and it’s become so far off track that after it’s all said and done, I said, you know what, as crazy as this guy says things, he’s got something that resonates with me, and it is: we need to get back to the foundation of what this country started as.

Do I think he’s our savior? No. But I think he can be used — at least he’s got enough guts to stand up and say: hey, we’ve got to change the way we’re going, because if we don’t, we’re done.

That’s why people will go for a guy like Trump. He may not say the — but at least, he’s willing to say something and stand up for somebody. And our politicians, both sides of the fence, have forgotten who they’re serving here.

People wanted change but they didn’t know what else to do, because this, the political establishment that we have — Republican and Democrat — has went buzzerko — they’re not for the people. Now I believe, and this is my opinion, this is the most important election in the history of our United States. And I believe that if this doesn’t get right now, we’re done.

Trump’s mantra is “what’s going on?” and believe me, he isn’t quoting Marvin Gaye.

Bowman talks about “what’s going on,” repeating the call and response that ricochets between Trump and his followers.

The guy who spent years challenging Barack Obama’s legitimacy, tapping into broad currents of white prejudice that couldn’t accept a black man in the White House, has long made clear what’s going on and who Americans need to get their country back from — an allegedly foreign-born president, the foreigners streaming across the borders, and the foreign countries stealing American jobs.

What’s going on? is the alarm call that points towards everything that threatens the dominion of white American conservative culture.

When Bowman says: “we need to get back to the foundation of what this country started as,” I’m pretty sure he’s not harking back to 1776. The past he’s mourning, the past he wants to bring back to life is Norman Rockwell’s white America, unpolluted by immigration, homosexuality, secularism, and political correctness, where government stayed off people’s backs and the business of business thrived — a time when there was no disputing to whom this country belonged.

In 2008, Sarah Palin used the crass expression “real America” and thus immediately turned America/American into contested terms. Trump’s skill has been in using much vaguer language whose target audience nevertheless harbors no doubt: he’s speaking to us. Trump closed the sale by convincing his audience: I’m your guy. I know who I’m serving.

Nostalgia is mostly an exercise in myth-making — a way of beautifying the past by sweeping away its ugly features — so it’s worth viewing Bowman’s nostalgia in the context of some of the details of his own life, as recounted by his son. This isn’t Norman Rockwell’s America.

Dad gave me up for adoption when I was six. After the adoption, he became a kind of phantom for the next six years. I had few memories of life with him. I knew that he loved Kentucky, its beautiful mountains, and its rolling green horse country. He drank RC Cola and had a clear Southern accent. He drank, but he stopped after he converted to Pentecostal Christianity. I always felt loved when I spent time with him, which is why I found it so shocking that he “didn’t want me anymore,” as Mom and Mamaw told me. He had a new wife, with two small children, and I’d been replaced.

The past that’s easiest to cherish and idealize is a past never known. And as Vance recounts how members of his family viewed each other, there’s less sense of what they were holding on to and much more of what they longed to escape.

Bob Hamel, my stepdad and eventual adoptive father, was a good guy in that he treated [my sister] Lindsay and me kindly. Mamaw didn’t care much for him. “He’s a toothless fucking retard,” she’d tell Mom, I suspect for reasons of class and culture. Mamaw had done everything in her power to be better than the circumstances of her birth. Though she was hardly rich, she wanted her kids to get an education, obtain white-collar work and marry well-groomed middle-class folks — people, in other words, who were nothing like Mamaw and Papa. Bob, however, was a walking hillbilly stereotype. He had little relationship with his own father and had learned the lessons of his own childhood well: He had two children whom he barely saw, though they lived in Hamilton, a town ten miles south of Middletown. Half his teeth had rotted out, and the other half were black, brown, and misshapen, the consequence of a lifetime of Mountain Dew consumption and presumably some missed dental checkups. He was a high school dropout who drove a truck for a living.

We’d all eventually learn that there was much to dislike about Bob. But what drove Mamaw’s initial dislike were the parts of him that most resembled her. Mamaw apparently understood what would take me another twenty years to learn: that social class in America isn’t just about money.

Implicit in warnings about the rural poor having been “left behind” is the idea that they were once keeping up. But their experience of exclusion has been multi-generational — indeed it stretches all the way back to the experiences of the earliest migrants and before.

Trump embraces Americans who feel excluded but he does this by allowing them to disown that feeling by projecting it on others. He helps the rejected become the rejecters.

If this was simply a cynical exercise in manipulating popular support, he might not have carried it off so successfully, but I get the sense that Trump’s insatiable hunger for adulation flows from his own experience of feeling unwanted — of being a man who would be ignored if he didn’t force himself on others; a man driven by a compulsion that has grown so large he’s now about to take control of a whole nation.