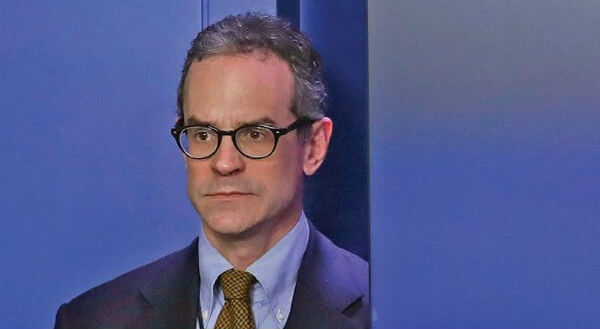 Jamelle Bouie writes: Before the election, when Donald Trump was still just an unlikely presidential nominee, a conservative under the pseudonym “Publius Decius Mus,” wrote a remarkable essay in support of Trump. The pseudonym alone gave a glimpse into the writer’s thinking. The real-life Decius was a Roman consul who sacrificed himself to the gods for the sake of his embattled army. And in the same way, our internet Decius called on conservatives to embrace Trump — to back the vulgarian who mocked their ideals — for the sake of saving the country as they knew it. “The ceaseless importation of Third World foreigners with no tradition of, taste for, or experience in liberty means that the electorate grows more left, more Democratic, less Republican, less republican, and less traditionally American with every cycle,” he wrote, hailing the real estate mogul as the only figure who understood the stakes, who would beat back these “foreigners” and preserve America’s democratic tradition as Decius saw it. Not a tradition of pluralism, but one of exclusion, in which white Americans stand as the only legitimate players in political life. A dictatorship of the herrenvolk.

“Decius” — since revealed as Michael Anton, a former George W. Bush administration speechwriter — now works for President Trump. And he isn’t the only figure in the Trump circle who holds these views. Alabama Sen. Jeff Sessions, his former aide Stephen Miller, and right-wing media mogul Stephen Bannon occupy prominent positions in the present administration. Like Anton, they hold deep antagonism to immigrants and immigration, opposition to their equality within American society, and nostalgia for a time when prosperity was the province of the native-born and a select few “assimilated” immigrants. But these aren’t just ideologues with jobs in a friendly administration. They are the architects of Trump’s policy, the executors of a frighteningly coherent political ideology.

What is that ideology? Most Americans think of “racism” in individualized terms. To call someone a “racist,” then, is to pass judgment on his or her character — a declaration that this person doesn’t belong in polite society. It’s why, when faced with the accusation, Americans often rush to deny any prejudice. I don’t have a racist bone in my body, goes the cliché. But individualized prejudice is just one way to think of racism. There’s also institutional bias or systemic outcomes — the things that lead critics to deem the criminal justice system as “racist.” And beyond the material, there’s racism as ideology — a structured worldview defined by support for race hierarchy and racial caste. [Continue reading…]