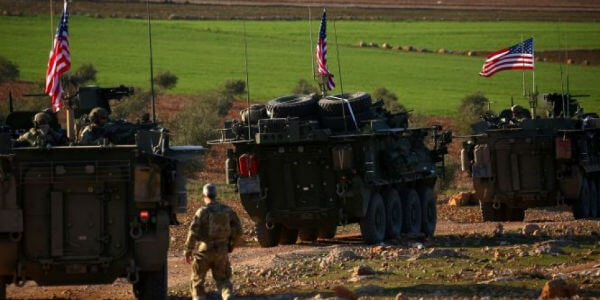 Reuters reports: Syrian President Bashar al-Assad said he had yet to see “anything concrete” from U.S. President Donald Trump over his vow to defeat Islamic State and called U.S. forces in Syria “invaders” because they were there without government permission.

Assad, in an interview with Chinese TV station Phoenix, said “in theory” he still saw scope for cooperation with Trump though practically nothing had happened in this regard.

Assad said Trump’s campaign pledge to prioritize the defeat of Islamic State had been “a promising approach” but added: “We haven’t seen anything concrete yet regarding this rhetoric.”

Assad dismissed the U.S.-backed military campaign against Islamic State in Syria as “only a few raids” he said had been conducted locally. “We have hopes that this administration … is going to implement what we have heard,” he added.

Asked about a deployment of U.S. forces near the northern city of Manbij, Assad said: “Any foreign troops coming to Syria without our invitation … are invaders.” [Continue reading…]