Kanan Makiya spent years in exile advocating the overthrow of Saddam Hussein. The war he supported brought about an Iraq he never imagined. 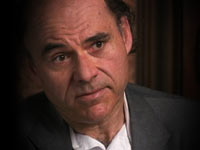 Where did it go wrong? Makiya asks himself. Or, more precisely, where did he go wrong? It’s the second question that Makiya is finding the most troubling, for it concerns a lifetime of believing, as he puts it, that hope can triumph over experience. “I want to look into myself, look at myself, delve into the assumptions I had before the war,” he told me.

Makiya’s life is no longer what it was. In 2003, on returning to Iraq, he reunited with his sweetheart from high-school days, married and took her back to Cambridge. He also found out he has chronic lymphocytic leukemia, the same disease that killed Edward Said, the Palestinian-born Columbia University professor and Makiya’s intellectual nemesis.

On Iraq, he says, there certainly were clues before the war began — for instance, that meeting in the Oval Office with President Bush and Condoleezza Rice, two months before the war. Sitting across his wide desk from Makiya, President Bush declared that the United States was launching not one campaign but two, the first to topple Hussein and the second to rebuild Iraq. Makiya recalls: “Bush turned to Rice, who was seated on the other side of the room, and he said to her, Our preparations for rebuilding Iraq are well advanced, right? And Rice looked down. She could not look him in the eye. And she said, Yes, Mr. President. She looked at the floor.”

That the Americans committed error after error in Iraq, Makiya takes as a given: their biggest mistake, he maintains, was the decision to occupy Iraq and govern the country themselves, rather than allowing the Iraqis to take over. “I did not want to see the United States micromanage Iraqi affairs because, I feared, that is where things might go wrong,” he said. Makiya now believes, though he did not at the time, that the Iraqi Army should have been held together, that the bad people could have been culled and the rest of it left intact. “We had this phobia of the army, that it would be used domestically, that it would mount coups, that it would get involved in domestic politics,” he told me. “That was a mistake.”

Editor’s Comment — Dexter Filkins provides a conclusion that, as yet, Makiya is reluctant to articulate: “You exposed a terrible dictatorship, and for the noblest of motives you signed on to an invasion that ended in catastrophe. You misjudged your native country, and your adopted one too.”

Makiya’s misjudgment of America is no more clearly evident than in his hope that having toppled Saddam, the US would then defer to Iraqis in the reconstruction of their own country. Such a hope could only be entertained by those who chose to ignore the overarching motive of the Bush administration: that toppling of Saddam would repudiate the challenge posed by 9/11 by demonstrating to the world America’s supreme military might. In other words, what Makiya chose to ignore was that George Bush and Dick Cheney didn’t give a fuck about Iraq, per se.

Yet this particular error of judgment — one among many that have spawned no end of if-onlys, dreamed of as precursors to a happy ending — seems to be a way of glossing over the most fundamental error: the presumption that a bunch of exiles living comfortable lives in the West, had either the right or ability to assume an instrumental role in determining the fate of a remembered nation that animated their thoughts but that only from a distance shaped their lives.

In Makiya’s view, the one person who could have stopped [the leader of the Supreme Council for the Islamic Revolution in Iraq, Abdul Aziz al-]Hakim and his like-minded cohorts — the one person who could have slowed Iraq’s gallop toward civil war — was Ahmad Chalabi. If Iraq was going to turn out like South Africa, Makiya reasoned, then it would need its Mandela — someone who could rise above revenge and parochial interests and steer the country toward a united future. Makiya said he believed that Chalabi could have been Iraq’s Mandela.

Editor’s Comment — The difference between Nelson Mandela and Ahmad Chalabi is the difference between a cell in Robben Island maximum security prison and an apartment in London’s Mayfair. It’s the difference between being willing to sacrifice ones own life for what one believes in, versus the willingness to sacrifice the lives of others. Kanan Makiya will likely wrestle with his doubts and his anguish for the rest of his life, but he chooses to do so in the comfort of his Victorian home in Cambridge, Massachusetts, rather than the turmoil of Iraq. That speaks louder than any of his words.