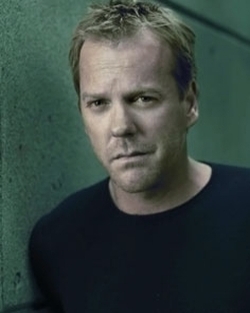 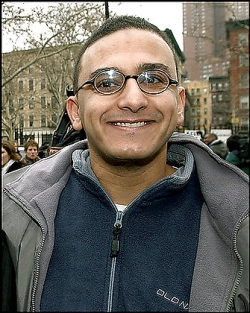 Commentators on this issue have expressed moral outrage — “waterboarding is killing America’s soul,” proclaims the Philadelphia Daily News‘ “Attytood.” Some see this as an afront to American pride — Keith Olbermann challenges President Bush by saying, “[We don’t condone torture] because we’re Americans, sir, and we’re better than that. We’re better than you.” While there are those who express indifference — the Wall Street Journal regards this as “mostly a political sideshow.”

Yet for those 40 percent of Americans who favor the use of torture, their view has in all likelihood been clearly expressed by Democratic Senator, Charles Schumer, who in a 2004 Senate hearing said:

I think there are probably very few people in this room or in America who would say that torture should never ever be used, particularly if thousands of lives are at stake. . . . It is easy to sit back in the armchair and say that torture can never be used, but when you are in the foxhole it is a very different deal. And I respect, I think we all respect the fact that the President is in the foxhole every day.

This then is how the issue is being framed: on one side are those who see themselves adopting the moral high ground — though their critics perceive them as being holier-than-thou, starry-eyed idealists; and on the other side are those who believe in the necessity of making tough choices in extreme circumstances — though their opponents see them as having lost their moral bearings.

At the center of this debate is an argument of perceived necessity. And the narrative that animates this argument, borrowed from Israel and used there in an earlier debate on the legitimacy of torture, is the “ticking bomb” scenario.

The scenario itself is fanciful. We are all familiar with the suspense movie in which the reality of what is feared is confirmed by making the audience privilege to the whereabouts of a bomb and the time left before it will explode. In post-9/11 America the impact of such dramas has been heightened by the likes of Fox TV’s fictional counter-terrorism agent, Jack Bauer. Let’s face it, for a population that forms most of its understanding of the world through television, such imagery has a visceral impact. But in Israel itself, where the danger of terrorism is more tangible and ubiquitous, the ticking bomb scenario is itself no less a product of fiction and has served no less as a political tool. As Stephen Langfur wrote in 1996:

Israel wants to present itself as an enlightened democracy on the Western model, but it has locked itself into the role of Occupier, with the result that toward part of the population under its control it must behave like a police-state. The “ticking bomb scenario” offers an exceptional, border-line situation, in which everyone can understand that even an enlightened democracy might have to use torture. What Israel does, therefore, is to extend the fantasy of the bomb in the crowded building to include analogous situations—even remotely analogous. Israel can then allow its security apparatus to approach interrogations as if they were all “ticking bombs.” Thus it can keep wearing the mask of an enlightened democracy, while functioning like a police-state. The “ticking bomb scenario,” for which torture is useless, “koshers” other situations where torture can be useful.

Indeed, Langfur points out that Israeli General Security Service officials used the ticking bomb argument to intimidate judges. After all, who would be willing to curtail an interrogation and thereafter be accused of having failed to prevent carnage? Yet in practice, so-called ticking bombs turned out to be prisoners who had been held in detention for weeks — plenty of time for plots to be revised and for the seeming inevitability of any attack to evaporate.

If an interrogation method’s “necessity” was to be based on the magnitude of a risk averted, then any technique applied to bring about the desired result would surely be justifiable. On what basis could one say that it was acceptable to use waterboarding to make the prisoner fear that he was about to drown, yet bleach could not be poured in his eyes, if in both cases the justification for the brutality was the necessity of saving innocent Israeli or American lives? If brutality can be graded on a scale, then on what basis can we say that in one instance the end justify the means while in another it does not, when necessity is determined by the end and not the means?

The issue here cannot be addressed or resolved by considering fictional scenarios. Instead we need to focus on reality and fortunately there is already one case that provides the perfect litmus test: the case of Abdallah Higazy.

On December 17, 2001, Higazy was detained and questioned by the FBI and then held as a material witness, suspected of being an accomplice in the 9/11 attacks on the World Trade Center in New York. He had been staying in a nearby hotel and was thought to have been in possession of an air-band transceiver capable of air-to-air and air-to-ground communication that could have been used as a beacon to direct the hijacked aircraft into their targets, the Twin Towers. As a terrorist suspect Higazy was as hot as they get.

Under interrogation he kept on changing his story. He had to be lying. FBI agents said they gave Higazy a “polygraph” yet the United States Court of Appeals opinion [PDF] quotes the suspect as saying that the test produced “intense pain.” The court opinion states that “Higazy asked whether anybody else had ever suffered physical pain during the polygraph, to which [FBI Special Agent Michael] Templeton replied: “[i]t never happened to anyone who told the truth.” Was Higazy being given a polygraph or was he being electrocuted?

Higazy alleges that during the polygraph, Templeton told him that he should cooperate, and explained that if Higazy did not cooperate, the FBI would make his brother “live in scrutiny” and would “make sure that Egyptian security gives [his] family hell.” Templeton later admitted that he knew how the Egyptian security forces operated: “that they had a security service, that their laws are different than ours, that they are probably allowed to do things in that country where they don’t advise people of their rights, they don’t – yeah, probably about torture, sure.”

If so-called harsh interrogation methods can be justified, Abdallah Higazy was surely the perfect candidate to be given the third degree. He was suspected of having played an instrumental role in the worst terrorist attack the world has ever seen. This must have been — as Vice President Cheney would say — a no-brainer. Or not?

Anyone familiar with the name, Abdallah Higazy, will of course know that he was completely innocent. The FBI quickly realized as much when a few weeks after Higazy’s detention an airline pilot showed up looking for the radio transceiver he had left behind when he had been evacuated from his hotel on September 11.

When FBI Special Agent Templeton was interrogating his suspect, were Cheney’s words from September 16, 2001, still fresh in his mind?

We also have to work, though, sort of the dark side, if you will. We’ve got to spend time in the shadows in the intelligence world. A lot of what needs to be done here will have to be done quietly, without any discussion, using sources and methods that are available to our intelligence agencies, if we’re going to be successful. That’s the world these folks operate in, and so it’s going to be vital for us to use any means at our disposal, basically, to achieve our objective.

Templeton certainly went to the dark side, but the terrorist he was after wasn’t there. The question that needs to be addressed now and that needs to be the concern of the next attorney general is not what methods of interrogation can be applied in a ticking bomb scenario; it is this: how should the law have protected Abdallah Higazy?

Interrogation is a means of inquiry, not a method of punishment. In the war on terrorism, the presumption of innocence should not be treated as a legal luxury — it is a recognition that suspects are not always (contrary to what the administration would have us believe) the worst of the worst, but on the contrary that with unfortunate frequency they have included the innocent.

Forget about ticking time bombs and remember Abdallah Higazy. After all, those who now want to justify torture do so in the name of protecting the innocent.

1 thought on “EDITORIAL: The real world of torture”