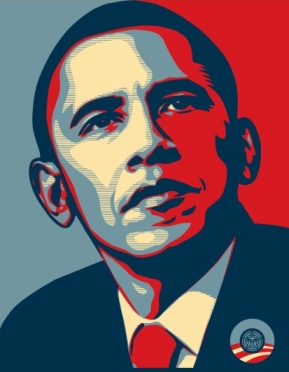 here were signs that Obama’s hard work and extensive television advertising were paying off: various polls showed the race tightening a bit. The talk-show muttering had migrated from Jeremiah Wright to Clinton’s Bosnian sniper-fire fantasy. Hordes of new voters were registering in Pennsylvania. It was not impossible that Obama would turn Clinton’s predicted victory into a closer-than-expected moral defeat.

But there was still something missing. I noticed it during Obama’s response to a young man who remembered how the country had come together after Sept. 11 and lamented “the dangerously low levels of patriotism and pride in our country, the loss of faith in our elected officials.” Obama used this, understandably, to go after George W. Bush. “Cynicism has become the hot stock,” he said, “the growth industry during the Bush Administration.” He talked about the Administration’s mendacity, its incompetence during Hurricane Katrina, its lack of transparency. But he never returned to the question of patriotism. He never said, “But hey, look, we’re Americans. This is the greatest country on earth. We’ll rise to the occasion.” [complete article]

Editor’s Comment — Joe Klein refers to the “implicit patriotism of the Obama candidacy” but says, “to convince those who doubt him, Obama has to make the implicit explicit. He will have to show that he can be as corny as he is cool.”

Beyond, “we’re Americans – this is the greatest country on earth,” what other kinds of “explicit patriotism” does Klein have in mind? A flag lapel button? Stories about reciting the pledge of allegiance each morning with his wife and children? What kind of corny show of patriotism does Klein think would hit the mark and play best in the American heartland?

There’s little doubt that patriotism will at the very least figure as an insidious undercurrent in the general election and it’s important that the Obama campaign doesn’t fall into the position of being on the defense. But the way to do that is not to kowtow to those who push the conventional wisdom which says that political success in America requires a massive serving of red, white, and blue.

Patriotism should not be confused with its emblems. Too often these have been turned into the tools of a nationalism that paradoxically divides rather than unites the people.

When the flag wavers turn to the flag weary and say, “prove to us that you are American enough,” the implication is that even those who pass the test will remain less American than those requiring the test. The me-too patriot has capitulated to those who say: “It is we, not you, who understand what it means to be a real American.”

It’s not so much that Obama has a patriotism problem as much as that his opponents will, as he has said, use patriotism as a bludgeon. But what Obama has wisely done and I hope will continue to do is to insist that neither his critics nor commentators such as Joe Klein, be conferred with the privilege of framing each issue.

For four years Obama has been saying, “There’s not a black America and white America and Latino America and Asian America; there’s the United States of America.” What could be more patriotic than a heartfelt embracing of the whole nation?

America belongs to the American people. So when any particular group asserts a claim that they above others know what it means to be “real Americans”, they are in effect attempting to disavow the national identity of other citizens. What could be less patriotic than to abandon fellow Americans?