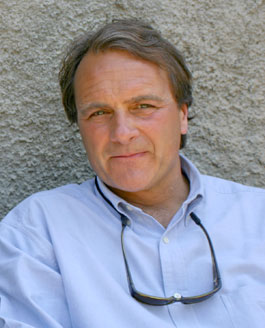 hat ultimately the Iranians would like is to become an equal partner of the United States — I know this is a tall order and we’re going to wait decades for anything like this to come about — but in their hearts this is what they would like.”

Terry Gross: An equal partner in what?

Baer: In the Middle East.

They would like to sit down with the United States and Israel and actually come to a solution for the Palestinians.

They would like to support and give power to the Shia in Lebanon, because the Shia are approaching a majority in Lebanon.

They would like to co-administer Mecca with the Saudis.

They feel that their sect has been repressed since 680AD — since the murder of the Prophet’s grandson. They believe that this is the Shia millenium. [continued…]

Heeding the lessons of another war
By Maleeha Lodhi and Anatol Lieven, IHT, October 1, 2008

Forty years ago, the United States began to mount raids into Cambodia and to undermine the government of King Sihanouk in order to cut Vietcong supply lines.

As a result, America’s war with Vietnamese Communism spread into Cambodia, leading to the triumph of the Khmer Rouge and the Cambodian genocide. But these horrors occurred after the U.S. itself had quit Vietnam and after the U.S.-backed regime in South Vietnam had collapsed. Washington’s widening of the war benefited neither America nor its local allies.

The U.S. is now making the same mistake in Afghanistan and Pakistan. If continued, ground incursions by U.S. troops across the border into Pakistan in search of the Taliban and Al Qaeda risk drastically undermining the Pakistani state, society and army.

Many Pakistanis are berating their new civilian government and the military for being too supine in their response to the American actions. There have also been public calls for NATO supply lines through Pakistan to be cut, which could cripple the Western military effort in Afghanistan. The latest dreadful terrorist attack in Islamabad illustrates the danger of a wider conflagration and the price Pakistan is paying for its role as a U.S. ally. [continued…]

Virtually all the indicators look grim. Inflation is running at an annual rate of nearly 6 percent, its highest level in 17 years. Unemployment stands at 6 percent; there has been no net job growth in the private sector for almost a year. Housing prices have fallen faster than at any time in memory—in Florida and California, by 30 percent or more. Banks are reporting record losses, only months after their executives walked off with record bonuses as their reward. President Bush inherited a $128 billion budget surplus from Bill Clinton; this year the federal government announced the second-largest budget deficit ever reported. During the eight years of the Bush administration, the national debt has increased by more than 65 percent, to nearly $10 trillion (to which the debts of Freddie Mac and Fannie Mae should now be added, according to the Congressional Budget Office). Meanwhile, we are saddled with the cost of two wars. The price tag for the one in Iraq alone will, by my estimate, ultimately exceed $3 trillion. [continued…]

The specter of Wall Street
By Steve Fraser, TomDispatch, October 2, 2008

Wall Street sits at the eye of a political hurricane. Its enemies converge from every point on the compass. What a stunning turn of events.

For well more than half a century Wall Street has enjoyed a remarkable political immunity, but matters were not always like that. Now, with history marching forward in seven league boots, we are about to revisit a time when the Street functioned as the country’s lightning rod, attracting its deepest animosities and most passionate desires for economic justice and democracy.

For the better part of a century, from the 1870s through the tumultuous years of the Great Depression and the New Deal, the specter of Wall Street haunted the popular political imagination. For Populists it was the “Great Satan,” its stranglehold over the country’s credit system being held responsible for driving the family farmer to the edge of extinction and beyond. [continued…]

Never in living memory has an election been more critical than the one fast approaching—that’s the quadrennial cliché, as expected as the balloons and the bombast. And yet when has it ever felt so urgently true? When have so many Americans had so clear a sense that a Presidency has—at the levels of competence, vision, and integrity—undermined the country and its ideals?

The incumbent Administration has distinguished itself for the ages. The Presidency of George W. Bush is the worst since Reconstruction, so there is no mystery about why the Republican Party—which has held dominion over the executive branch of the federal government for the past eight years and the legislative branch for most of that time—has little desire to defend its record, domestic or foreign. The only speaker at the Convention in St. Paul who uttered more than a sentence or two in support of the President was his wife, Laura. Meanwhile, the nominee, John McCain, played the part of a vaudeville illusionist, asking to be regarded as an apostle of change after years of embracing the essentials of the Bush agenda with ever-increasing ardor.

The Republican disaster begins at home. Even before taking into account whatever fantastically expensive plan eventually emerges to help rescue the financial system from Wall Street’s long-running pyramid schemes, the economic and fiscal picture is bleak. During the Bush Administration, the national debt, now approaching ten trillion dollars, has nearly doubled. Next year’s federal budget is projected to run a half-trillion-dollar deficit, a precipitous fall from the seven-hundred-billion-dollar surplus that was projected when Bill Clinton left office. Private-sector job creation has been a sixth of what it was under President Clinton. Five million people have fallen into poverty. The number of Americans without health insurance has grown by seven million, while average premiums have nearly doubled. Meanwhile, the principal domestic achievement of the Bush Administration has been to shift the relative burden of taxation from the rich to the rest. For the top one per cent of us, the Bush tax cuts are worth, on average, about a thousand dollars a week; for the bottom fifth, about a dollar and a half. The unfairness will only increase if the painful, yet necessary, effort to rescue the credit markets ends up preventing the rescue of our health-care system, our environment, and our physical, educational, and industrial infrastructure. [continued…]

Anger vs. steadiness in the crisis
By Joe Klein, Time, October 2, 2008

A few hours before the House of Representatives smacked down the financial-bailout package, I watched John McCain — eyes flashing, jaw clenched, oozing sarcasm and disdain — on the attack in Ohio: “Senator Obama took a very different approach to the crisis our country faced. At first he didn’t want to get involved. Then he was ‘monitoring the situation.’ That’s not leadership; that’s watching from the sidelines.” And I thought of Karl Rove. Back in 2003, at the height of Howard Dean mania, Rove was skeptical about Dean’s staying power as a candidate: “When was the last time Americans elected an angry President?”

Much has been written about McCain’s mercurial temperament during the past few weeks. An election campaign that was supposed to be all about Barack Obama has turned out to be all about John McCain. In the process, the other side of the equation — Obama’s steadiness throughout — has been pretty much overlooked. Just after the House shot down the bailout, Obama took to the stage in Colorado, and the contrast with McCain couldn’t have been greater: “Now is not the time for fear, now is not the time for panic,” he said. “We may not be able to do everything overnight … But I want you to understand, I know we can do it … Things are never smooth in Congress. It will get done.”

We journalists have an extensive vocabulary for cataloging the failures of politicians and a skimpy one for celebrating their successes. It’s safer to be skeptical: no one will ever accuse you of being in the tank. And so we’ve heard lots, in a negative way, about Obama’s coolness and intellectuality. And at times in this campaign — during Hillary Clinton’s populist transformation, after Sarah Palin’s convention speech — Obama’s demeanor has seemed problematic. He was too remote, too cerebral and nuanced in his answers, it was said; he had to get warmer, learn to love junk food, practice his bowling. But Obama stubbornly remained himself through the tough times; his preternatural calm has proved reassuring in both the economic crisis and the first debate. “His performance has been polished and steady,” a prominent Republican told me. “John’s has not been.” [continued…]