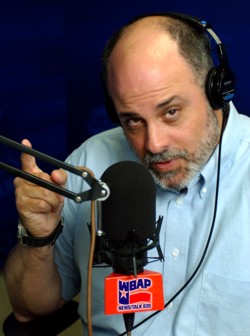 … my greatest concern is whether this election will show a majority of the voters susceptible to the appeal of a charismatic demagogue. This may seem a harsh term to some, and no doubt will to Obama supporters, but it is a perfectly appropriate characterization. Obama’s entire campaign is built on class warfare and human envy. The “change” he peddles is not new. We’ve seen it before. It is change that diminishes individual liberty for the soft authoritarianism of socialism. It is a populist appeal that disguises government mandated wealth redistribution as tax cuts for the middle class, falsely blames capitalism for the social policies and government corruption (Fannie Mae and Freddie Mac) that led to the current turmoil in our financial markets, fuels contempt for commerce and trade by stigmatizing those who run successful small and large businesses, and exploits human imperfection as a justification for a massive expansion of centralized government. Obama’s appeal to the middle class is an appeal to the “the proletariat,” as an infamous philosopher once described it, about which a mythology has been created. Rather than pursue the American Dream, he insists that the American Dream has arbitrary limits, limits Obama would set for the rest of us — today it’s $250,000 for businesses and even less for individuals. If the individual dares to succeed beyond the limits set by Obama, he is punished for he’s now officially “rich.” The value of his physical and intellectual labor must be confiscated in greater amounts for the good of the proletariat (the middle class). And so it is that the middle class, the birth-child of capitalism, is both celebrated and enslaved — for its own good and the greater good. The “hope” Obama represents, therefore, is not hope at all. It is the misery of his utopianism imposed on the individual. [continued…]

Editor’s Comment — demagogue (dĕm’ə-gôg’, -gŏg’): A leader who obtains power by means of impassioned appeals to the emotions and prejudices of the populace.

I’ve never heard Mark Levin’s radio show, but at least going by his pose in the photo above and given the nature of talk radio, it would hardly be surprising if Mr Levin knows a thing or two about the art of demagoguery*. Does he now fear that he himself will fall under the Obama spell and find his hand possessed when he enters the polling booth and in one terrifying moment as cold sweat drips off his brow betray his conservative soul and find himself voting for his nemesis?

Levin, like quite a few other conservatives, needs to get a grip on his hysteria. Be a mensch — like David Frum!

A little more than a month ago, this election hung in the balance. How could that possibly have happened if Obama had the messianic power that Levin attributes to him?

America has not subsequently become intoxicated by the irresistible power of a demagogue. We got whacked over the head by the reality of an economic crisis. The crisis presented a test of temperament, character, and judgment. How each candidate would respond to their 3am moment was no longer a matter of speculation. Obama passed the test and McCain failed.

*After writing this, I thought I should check out The Mark Levin Show.

He’s here. Now broadcasting from the underground command post in the bowels of a hidden bunker, somewhere under the brick and steel of a non-descript building, we’ve once again made contact with Our Leader, Mark Levin….

Yep, that’s his intro. Posing (with a bit of irony I assume) as a revolutionary leader, Levin’s got his demagogic shtick down pat.

When I first heard John McCain describing Barack Obama’s taxation plans as “a lot like socialism,” I made a bet with myself that in less than 48 hours some notable Republican would be describing Obama’s ideas as “communism.”

I won the bet with a day to spare. Florida Sen. Mel Martinez gets the booby prize. “Where I was raised, they tried wealth distribution,” the Cuban born Martinez declared at a Florida rally for big name McCain supporters. “We don’t need that here. That’s called socialism, communism, not Americanism.”

Time was that the Republicans could win an election by merely denouncing their opponent as a “liberal.” That was the epithet they used against Michael Dukakis with remarkable success. But being double digits down in the polls has evidently forced the McCain campaign into a major escalation of their taunts against Obama – from liberal, to socialist to anti-American to communist.

If it weren’t serious, it would be laughable. John McCain knows full well that the country has always had a progressive tax code: i.e. spreading the wealth around. (For unto whomsoever much is given, of him shall be much required” according to the New Testament’s Book of St. Luke.)

In that spirit, McCain at one time opposed the Bush tax cuts for the wealthy. “I cannot in good conscience support a tax cut in which so many of the benefits go to the most fortunate among us, at the expense of middle-class Americans,” he said in 2001. [continued…]

Editor’s Comment — To witness the venom that some Republicans spew out at McCain-Palin gatherings where they accuse Obama and his supporters of being “communists” or “socialists” is a bit scary. But this is the hiss that comes out of the pressure valve of free speech. It’s safer to hear it let out loudly than have it whispered behind closed doors. Indeed, the use of these terms and the fact that they are incendiary should prompt us to consider what “American” and “un-American” really mean.

Ironically, “un-American” is an accusation that is invariably directed at Americans. It’s purpose is to disenfranchise and ostracism political opponents. And if freedom of speech, freedom of religion, and individual liberty in a society distinguished by its diversity and inclusiveness are the hallmarks of that which is American, then it is the use of “un-American” as a political weapon which is itself the epitome of un-Americanism.

How highly do we value the freedom of expression of those with whom we disagree — this more than anything else is the test of how much we value America.

Sorry, Senator. Let’s salvage what we can.
By David Frum, Washington Post, October 26, 2008

There are many ways to lose a presidential election. John McCain is losing in a way that threatens to take the entire Republican Party down with him.

A year ago, the Arizona senator’s team made a crucial strategic decision. McCain would run on his (impressive) personal biography. On policy, he’d hew mostly to conservative orthodoxy, with a few deviations — most notably, his support for legalization for illegal immigrants. But this strategy wasn’t yielding results in the general election. So in August, McCain tried a bold new gambit: He would reach out to independents and women with an exciting and unexpected vice presidential choice.

That didn’t work out so well either. Gov. Sarah Palin connected with neither independents nor women. She did, however, ignite the Republican base, which has come to support her passionately. And so, in this last month, the McCain campaign has

Palinized itself to make the most of its last asset. To fire up the Republican base, the McCain team has hit at Barack Obama as an alien, a radical and a socialist.

Sure enough, the base has responded. After months and months of wan enthusiasm among Republicans, these last weeks have at last energized the core of the party. But there’s a downside: The very same campaign strategy that has belatedly mobilized the Republican core has alienated and offended the great national middle, which was the only place where the 2008 election could have been won. [continued…]

In rented offices on a quiet side street in Paris, not far from the Eiffel Tower, analysts for the International Energy Agency spend long days and nights crunching numbers about oil production and greenhouse gas emissions. They’re basically the staid, sober global accountants who watch over the power supply for the 30 rich countries that are members of the Organization for Economic Cooperation and Development, and their many reports are dry and technical. But there is one term that has taken on ominous overtones in recent studies. The phrase “business as usual” has started to read like the end of the world.

With a sense of urgency bordering on desperation, the IEA has been calling for radical changes in the way the world drives its cars, its factories and, indeed, the global economy. In November the agency will issue a collection of comprehensive reports that declare in no uncertain terms, “a global revolution is needed in ways that energy is supplied and used.”

But the financial crisis plunging the world into recession right now has caused a wave of doubts, second-guessing and backsliding among many political and business leaders. Italy and several Eastern European states have threatened to sink previously agreed upon European Union initiatives. With bank collapses, home foreclosures and unemployment on the rise, and the public coffers drained by bailout packages, even America’s vaunted venture capitalists are getting cautious. A few months ago, many were ready to invest in huge green-technology projects. Now they say they’re scaling back if, indeed, they can get the money together at all. China’s leaders, after what seemed a crisis of environmental conscience during the Beijing Olympics, may be inclined to dispense with their qualms as they see their economic growth drop from double digits to single ones.

But there are also powerful voices being raised amid the din of despair, saying that now is precisely the time to seize the initiative and launch that “global revolution” the IEA is calling for. And not just because it will stave off disasters two or three decades away, but because it can provide the impetus to pull the global economy out of the slump it’s in now and put it on a more solid foundation than it’s had in at least a generation. British Prime Minister Gordon Brown, French President Nicolas Sarkozy and American presidential candidate Barack Obama have taken up the cause of what United Nations Secretary General Ban Ki-moon last week called a “green New Deal” that would rebuild and reshape the economy of planet Earth in ways reminiscent of the programs that President Franklin Roosevelt used to revitalize the economy of the United States during the Great Depression. [continued…]

Iraq: why the end is in sight
By Tony Karon, Rootless Cosmopolitan, October 25, 2008

Don’t take this to the bank (hell, what can you take to the bank these days?) but Rootless Cosmopolitan suspects that the war in Iraq is drawing to a close — and it will hardly end on the terms of those who initiated it. And it’s the confluence of two factors that will hasten its close on terms less than favorable to the U.S. no matter how robust the commitment of any in Washington to continue it. The first factor hastening the war’s closure, quite ironically, is the very democracy that the U.S. invasion brought into being; the second is the retrenchment of U.S. power globally, which has been visibly underway since the U.S. mired itself in Iraq, and will now be accelerated by the sharp downturn of the U.S. economy. [continued…]