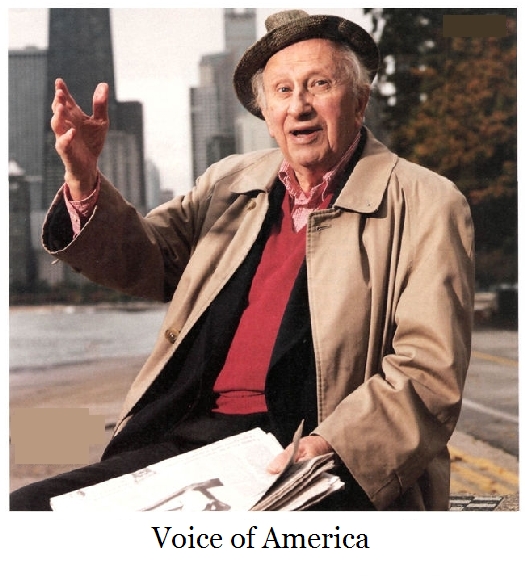 We’ve heard a lot in recent weeks about real America and real Americans. But if Sarah Palin or John McCain were really interested in understanding America in its full measure, they should have been talking to Studs Terkel.

No one had a deeper interest in understanding the people of this country than did America’s finest guerrilla journalist as he cut through artiface and explored the fundamental issues that shape people’s lives.

Just a few days ago, Edward Lifson wrote in The Huffington Post:

Hearing that Barack Obama is visiting his ailing grandmother made me think of another old-timer who’s hanging in there, hoping to see history made if America elects its first African-American president.

And so I gave him a call. Studs Terkel, now ninety six years old. He’s done as much as anyone in this country – and far more than most – to advance civil rights. He wrote oral histories and other books and hosted a radio interview show on Chicago’s WFMT for forty-five years.

I asked Studs, if he were to interview Obama, what would he ask him? That got him going. Studs is always “going.” When he talks, he’s going, still today, full speed ahead with ideas and enthusiasm. The unmistakable ever-crackly voice on the end of the line shouted,

I’d ask Obama, do you plan to follow up on the program of the New Deal of FDR?

I’d tell him, ‘don’t fool around on a few issues, such as health care. We’ve got bigger work to do! Read FDR’s second inaugural address!’

The free market has to be regulated. And the New Deal did that and they provided jobs. The government has to. The WPA provided jobs. We have got to get back to that. We need more reg-u-la-tion.

I was just watching Alan Greenspan, he’s an idiot, and by the way so was Ayn Rand!

Community organizers like Obama know what’s going on. If they remember. The important thing is memory. You know in this country, we all have Alzheimer’s. Obama has got to remember his days as an organizer. It all comes back to the neighborhood. Well I hope the election is a landslide for Obama.

It’s sad that Studs won’t get to witness this happen, but just as his birth coincided with one historic event (“As the Titanic went down, I came up…,” he often liked to joke), maybe his death will mark another historic turning point.

Studs Terkel recounted his life and times on Archives of American Television (on YouTube):

In an appreciation, Roger Ebert writes:

Studs was a contented, not an outspoken, athiest. “When I go,” he told us, “my ashes will be mixed with [my wife] Ida’s and scattered in Bughouse Square.” In his next-to-last memoir, he remembered Ida’s last words as they wheeled her away towards surgery: “Louis, what have you gotten me into now?” There will be no tombstone, although being Studs, he has written his epitaph: “Curiosity didn’t kill this cat.”

Obituaries in the New York Times and the Washington Post.